The United States Supreme Court, after a longer than usual period, granted certiorari in Masterpiece Cakeshop, Ltd. v. Colorado Civil Rights Commission,  a case in which a cake-maker seeks the right to refuse to make a cake for a same-sex wedding, essentially asserting an exemption from Colorado's anti-discrimination law on the basis of the First Amendment's Free Exercise and Free Speech Clauses.

Recall the Colorado ALJ firmly rejected the arguments of the cakeshop owners reasoning that to accept its position would be to "allow a business that served all races to nonetheless refuse to serve an interracial couple because of the business owner’s bias against interracial marriage."   The ALJ rejected the contention that "preparing a wedding cake is necessarily a medium of expression amounting to protected 'speech,' " or that compelling the treatment of "same-sex and heterosexual couples equally is the equivalent of forcing" adherence to “an ideological point of view.” The ALJ continued that while there "is no doubt that decorating a wedding cake involves considerable skill and artistry," the "finished product does not necessarily qualify as 'speech.'" On the Free Exercise claim, the ALJ rejected the contention that it merited strict scrutiny, noting that the anti-discrimination statute was a neutral law of general applicability and thus should be evaluated under a rational basis test. 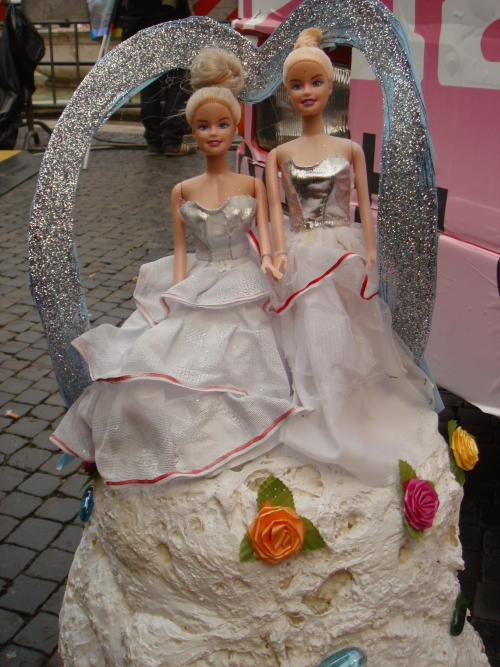 A Colorado appellate court affirmed in a 66 page opinion.

Interestingly, the Court in 2014 denied certiorari to a similar case, Elane Photography v. Willock, a decision from the New Mexico Supreme Court in favor of a same-sex couple against a wedding photographer.

The petitioner argues an intersection of doctrines including compelled speech and free exercise, arguing that the Colorado public accommodations non-discrimination law offers a "stark choice"  to those who "earn a living through artistic means: Either use your talents to create expression that conflicts with your religious beliefs about marriage, or suffer punishment under Colorado’s public accommodation law."