In its en banc opinion in Retail Digital Network v. Prieto, the Ninth Circuit rejected a First Amendment challenge to a California prohibition of alcohol manufacturers and wholesalers from providing anything of value to retailers in exchange for advertising their alcohol products.

Plaintiff Retail Digital Network, RDN, installed and operated seven foot digital screen displays in liquor stores for the purpose of running advertisements for liquor products such as Moët Hennessy;  the retail stores would would receive a portion of RDN's revenue.  However, after originally participating in the advertising, Moët Hennessy withdrew, worried that the state would enforce California Business and Professions Code §25503(f)-(h) regarding such advertising arrangements. 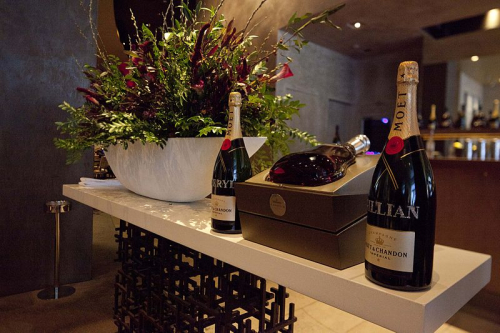 The en banc Ninth Circuit, with the exception of Chief Judge Sidney Thomas in a lone dissent, rejected the argument that Sorrell changed the commercial speech standard of  Central Hudson.  The court's opinion has an excellent rehearsal of the doctrinal relevance of Sorrell after Central Hudson, including arguments derived from Sorrell itself and a discussion of sister-circuit cases.  In short, the court finds that Central Hudson "continues to set the standard for assessing restrictions on commercial speech."

However, the court agreed that the statute "directly and materially advances the State's interest in maintaining a triple-tiered market system" for wines and liquor and "because there is a sufficient fit between that interest and the legislative scheme."  This "triple-tiered" distribution scheme was adopted by California after the repeal of the Eighteenth Amendment to "prevent the resurgence of tied-houses."  Tied-houses were retailers and saloons controlled by larger interests.

ConLawProfs looking for a good case to discuss commercial speech after Sorell might find RDN worth a look.  As for whether the United States Supreme Court will take a look at RDN to clarify the commercial speech standard, RDN might also prove interesting.