In its opinion in Whitaker v. Kenosha Unified School District, Judge Ann Williams begins for the unanimous panel including Chief Judge Diane Wood and Judge Illana Rovner, by stating that  the issue would seem to be a "simple request: to use the boys' restroom while at school," but the school district believed it was "not so simple because Ash is a transgender boy."

The Seventh Circuit decision to affirm the preliminary injunction directing the school district allowing the plaintiff, a transgender student, Ash (also known as Ashton), to use the boy's restroom rests both on Title IX and the Equal Protection Clause.  As a preliminary issue, the court found that pendent jurisdiction of the district court's order denying the school district's motion to dismiss was not appropriate.

On the likelihood to succeed on the merits of Title IX, the court considered companion Title VII doctrine in the circuit, including the doctrine of sex-stereotyping.  The fact that Congress has not added transgender status to Title IX (or Title VII) was not determinative.  Instead, 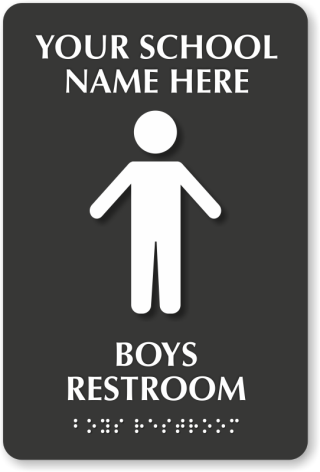 Ash can demonstrate a likelihood of success on the merits of his claim because he has alleged that the School District has denied him access to the boys’ restroom because he is transgender. A policy that requires an individual to use a bathroom that does not conform with his or her gender identity punishes that individual for his or her gender non‐conformance, which in turn violates Title IX. The School District’s policy also subjects Ash, as a transgender student, to different rules, sanctions, and treatment than non‐transgender students, in violation of Title IX. Providing a gender‐neutral alternative is not sufficient to relieve the School District from liability, as it is the policy itself which violates the Act. Further, based on the record here, these gender‐neutral alternatives were not true alternatives because of their distant location to Ash’s classrooms and the increased stigmatization they caused Ash. Rather, the School District only continued to treat Ash differently when it provided him with access to these gender‐neutral bathrooms because he was the only student given access.

And, while the School District repeatedly asserts that Ash may not “unilaterally declare” his gender, this argument misrepresents Ash’s claims and dismisses his transgender status. This is not a case where a student has merely announced that he is a different gender. Rather, Ash has a medically diagnosed and documented condition. Since his diagnosis, he has consistently lived in accordance with his gender identity. This law suit demonstrates that the decision to do so was not without cost or pain.

On the Equal Protection Clause claim, the court found that "the School District's policy cannot be stated without referencing sex" and thus the correct level of scrutiny should be the heightened one for sex classifications, citing United States v. Virginia (VMI) (1996).  The court rejected the District's asserted interest of protecting the "privacy rights" of all the other students as too abstract and conjectural to be genuine.  Moreover, the court faulted the representation at oral argument regarding the necessity for a birth certificate by first noting that this was not in the policy itself, and later returning to the issue regarding passports. Perhaps more importantly, the court also critiqued the notion of documents to prove sex designations:

Recall that the district judge in Evancho v. Pine-Richland School District reached a similar conclusion on the Equal Protection Clause in February, and the constitutional claim seems to have more traction given the Title IX claim's uncertainty after the Court's dismissal and remand of  G.G. v. Glouster County School Board.