When a criminal conviction is invalidated by a reviewing court and no retrial will occur, is the State obliged to refund fees, court costs, and restitution exacted from the defendant upon, and as a consequence of, the conviction?

The statutory scheme, Colorado's Compensation for Certain Exonerated Persons, provided the "exclusive process" for seeking a refund of costs, fees, and restitution according to the Colorado Supreme Court.  However, recovery under this Exoneration Act applied "only to a defendant who has served all or part of a term of incarceration pursuant to a felony conviction, and whose conviction has been overturned for reasons other than insufficiency of evidence or legal error unrelated to actual innocence."  The petitioners in the case were not within this category: one was convicted, had her conviction reversed, and was acquitted on retrial; the other was convicted, had one conviction reversed on appeal and another conviction vacated on postconviction review, and the state elected not to retry.  The first petitioner was assessed more than $8,000 in costs, fees, and restitution and had $702.10 deducted from her inmate account while she was in jail; the second petitioner was assessed more than $4,000 in costs, fees, and restitution and paid the state $1977.75.

Justice Ginsburg's concise opinion articulates and applies the well-established balancing test for procedural due process from Matthews v. Eldridge (1976), under which a court evaluates a court evaluates (A) the private interest affected; (B) the risk of erroneous deprivation of that interest through the procedures used; and (C) the governmental interest at stake. 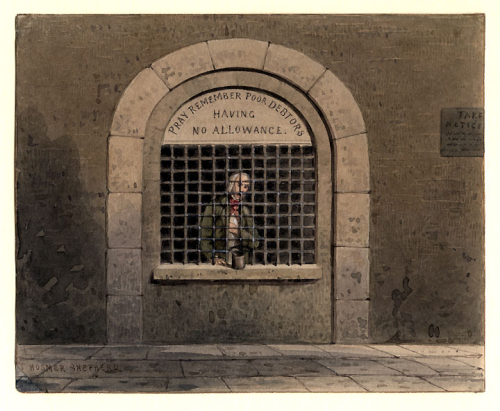 The Court rejected Colorado's claim that the petitioners' had no private interest in regaining the money given that the convictions were "in place" when the funds were taken. Justice Ginsburg concluded that it makes no difference whether the initial court or a reviewing court adjudged the petitioners not guilty.  To rule otherwise would be inconsistent with the presumption of innocence notion fundamental to "our criminal law."  As to the risk of erroneous deprivation, Justice Ginsburg made clear that the risk was high and stressed that the petitioners were seeking refund rather than "compensation for temporary deprivation" of those funds such as interest.  Finally, Justice Ginsburg's opinion for the Court found that Colorado has "no interest in withholding" the money "to which the State currently has zero claim of right."

Justice Alito, writing in a concurring opinion only for himself, contended that the correct standard was not Matthews v. Eldridge, but Medina v. California (1992) as Colorado had argued.  For Alito, Medina was the correct standard because the refund obligation was part of the criminal process, especially pertinent with reference to restitution. Nevertheless, Alito concluded that even under Medina, stressing an historical inquiry, the Colorado statute failed due process: placing a heavy burden on criminal defendants, providing no opportunity for misdemeanor convictions, and excluding all but claims for actual innocence.

Justice Thomas, also writing only for himself, issued a dissenting opinion, arguing that the issue is whether the petitioners can show a "substantive" entitlement to a return of the money they paid.  He concludes that they have no "substantive" right because once the petitioners paid the money - - - however wrongly - - - it became public funds to which they had no entitlement. Thus, because the "Due Process Clause confers no substantive rights," the petitioners have no right to a refund, despite the "intuitive and rhetorical appeal" of such a claim.

While the statute was amended to include vacated convictions effective September 2017, such an amendment may not be comprehensive enough to save the statutory scheme.  While the Court does not discuss the widespread problem of carceral debt, there is a burgeoning scholarship on this issue.

[image: "A debtor in Fleet Street Prison, London" by Thomas Hosmer Shepherd, circa first half of the 19th century, via].