In an opinion in excess of 100 pages in McGehee v. Hutchinson, United States District Judge Kristine Baker enjoined the scheduled execution of McGehee and eight other plaintiffs based on their likelihood to succeed on their Eighth Amendment and First Amendment claims.

The case arises from a highly unusual compressed execution schedule: "Governor Hutchinson set eight of their execution dates for an 11-day period in April 2017, with two executions to occur back-to-back on four separate nights."  Judge Baker rejected the claim that the schedule alone violated any "evolving standards of decency" under the Eighth Amendment.

However, this unusual schedule did play some part in Judge Baker's conclusion that there was a likelihood of success on the merits of the plaintiffs' Eighth Amendment challenge to the use of midazolam as cruel and unusual punishment. 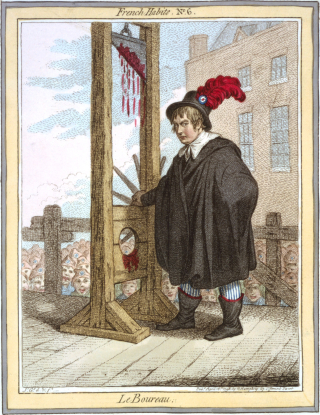 In a detailed recitation of the facts, including expert testimony rendered by both the plaintiffs and the State, Judge Baker noted that she "received much evidence in the last four days " and "filtered that evidence, considerable amounts of which involved scientific principles," and converted it into lay terms in the opinion.  At times, Judge Baker's assessment of the expert testimony is quite precise: "Defendants’ witness Dr. Antognini’s reliance on animal studies while defense counsel simultaneously challenged plaintiffs’ witness Dr. Steven’s reliance on animal and in vitro studies seems inconsistent. This inconsistency went largely unexplained."

This factual record is important for applying the test for a challenge to a method of execution as the United States Supreme Court articulated in Glossip v. Gross (2015). As Judge Baker explained, plaintiffs have the burden of proving that “the State's lethal injection protocol creates a demonstrated risk of severe pain” and “the risk is substantial when compared to the known and available alternatives.”  On the first prong, Judge Baker concluded there is a "significant possibility" that plaintiffs will succeed in showing that the use of midazolam in the Arkansas Department of Corrections (ADC) "current lethal injection protocol qualifies as an objectively intolerable risk that plaintiffs will suffer severe pain."  She continued that the

risk is exacerbated when considering the fact that the state has scheduled eight executions over 11 days, despite the fact that the state has not executed an inmate since 2005. Furthermore, the ADC’s execution protocol and policies fail to contain adequate safeguards that mitigate some of the risk presented by using midazolam and trying to execute that many inmates in such a short period of time.

The second prong under Glossip requires plaintiffs to show that “the risk is substantial when compared to the known and available alternatives.”  Judge Baker stated that the "Supreme Court has provided little guidance as to the meaning of 'availability' in this context, other than by stating that the alternative method must be 'feasible, readily implemented, and in fact significantly reduce a substantial risk of severe pain.’"  She then discussed the conflicting standards in the Circuits, concluding that the "approach taken by the Sixth Circuit provides a better test for 'availability' under Glossip," because the "Eleventh Circuit’s understanding of “availability” places an almost impossible burden on plaintiffs challenging their method of execution, particularly at the preliminary injunction stage."  In deciding that there were alternatives available, Judge Baker found that "there is a significant possibility that pentobarbital is available for use in executions."  The opinion noted that other states have carried out executions with this drug.  The opinion also noted that "plaintiffs have demonstrated a significant possibility that the firing squad is a reasonable alternative."

Thus, Judge Baker found that both prongs of Glossip were likely to be satisfied under the Eighth Amendment claim.

On the First Amendment claim, the essence was that the limitations placed on counsel viewing the execution would deprive plaintiffs of their access to the courts during that time.  Judge Baker noted there was some confusion regarding the actual viewing policy that would be operative, with the Director having "taken three or four different positions regarding viewing policies" during litigation.  But, the "key aspect" of any policy "would force plaintiffs’ counsel to choose between witnessing the execution and contacting the Court in case anything should arise during the course of the execution itself."

Judge Baker held that while there was a valid rational connection, there were alternative means and no impact on other prisoners.  Thus, Judge Baker enjoined the Director "from implementing the viewing policies insofar as they infringe plaintiffs’ right to counsel and right of access to the courts," and charged the Director "with the task of devising a viewing policy that assures plaintiffs’ right to counsel and access to the courts for the entire duration of all executions."

Judge Baker issued her Preliminary Injunction on Saturday, April 15.  Reportedly, there is already an emergency appeal to the Eighth Circuit, as well as an appeal of a stay by a state court judge to the Arkansas Supreme Court. 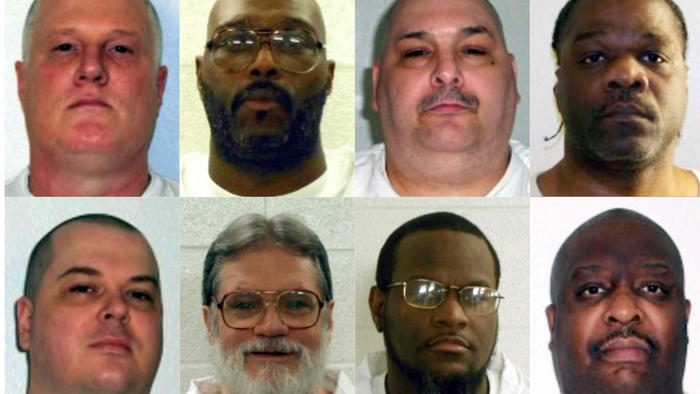