In his opinion in Sarsour v. Trump, United States District Judge for the Eastern District of Virginia Anthony Trenga denied the Plaintiffs' motion for Temporary Restraining Order or Preliminary Injunction.

At issue is the President's March 6, 2017 Executive Order "Protecting The Nation From Foreign Terrorist Entry Into The United States" (now numbered EO 13,780), which is colloquially known as the revised travel ban or "Muslim Ban 2.0."

Recall that the original EO, 13769, issued January 27, 2017, also entitled "Protecting The Nation From Foreign Terrorist Entry Into The United States," was enjoined by the Ninth Circuit in Washington v. Trump,; our backgrounder on the issues is here.  The President withdrew the initial EO and the Ninth Circuit denied the sua sponte motion for en banc review, but in a somewhat unusual step there was a substantive dissenting opinion authored by Judge Jay Bybee. 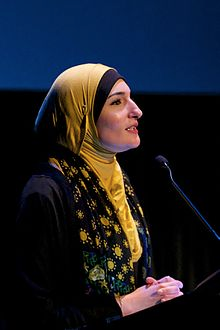 For example, on the statutory claim in Sarsour v. Trump, Judge Trenga concludes after reviewing "the text and structure of the INA as a whole, and specifically, the practical, operational relationships" of the provisions, that the nondiscrimination restrictions of §1152 do not "apply to the issuance or denial of non-immigrant visas or entry under §1182(f).  In a footnote, Judge Trenga acknowledges that the judge in IRAP v. Trump "attempted to reconcile these seemingly contradictory provisions," and simply adds, "There, the court concluded that Section 1152 bars the President from discriminating on the basis of nationality in the issuance of immigrant visas only." (footnote 12).  Judge Trenga characterized the Immigration and Nationality Act (INA) as a "legislative rabbit warren that is not easily navigated," but his ultimate conclusion seems to be based on a broad view of Executive authority. Judge Trenga writes that the he "also has substantial doubts that Section 1152 can be reasonably read to impose any restrictions on the President’s exercise of his authority under Sections 1182(f) or 1185(a)."

Similarly, on the Establishment Clause claim Judge Trenga accorded the Executive broad deference.  Unlike the judges in both Hawai'i v. Trump and IRAP v. Trump, Judge Trenga found that the facial neutrality of "EO-2" was determinative.  Judge Trenga held that past statements - - - or the EO-2 statements (described in a footnote as including the President's statement that EO-2 was a "watered-down version" of EO-1, and Presidential Advisor Stephen Miller's statements) - - - have not "effectively disqualified him from exercising his lawful presidential authority":

In other words, the substantive revisions reflected in EO-2 have reduced the probative value of the President’s statements to the point that it is no longer likely that Plaintiffs can succeed on their claim that the predominate purpose of EO-2 is to discriminate against Muslims based on their religion and that EO-2 is a pretext or a sham for that purpose. To proceed otherwise would thrust this Court into the realm of “‘look[ing] behind’ the president’s national security judgments . . . result[ing] in a trial de novo of the president’s national security determinations,” Aziz, 2017 WL 580855, at *8, and would require “a psychoanalysis of a drafter’s heart of hearts,” all within the context of extending Establishment Clause jurisprudence to national security judgments in an unprecedented way.

Likewise, on the Equal Protection claim, Judge Trenga concluded that although the EO would have a differential impact on Muslims, it was facially neutral.  The Judge relied on an earlier Fourth Circuit case, Rajah v. Mukasy (2008) and articulated the standard as requiring merely a rational national security basis for an immigration measure to survive an Equal Protection Clause challenge.  And again, Judge Trenga accorded the Executive wide discretion: "These are judgments committed to the political branches - - - not to the courts."

In sum, Judge Trenga's opinion aligns with the Ninth Circuit dissent from en banc review by Judge Bybee and is in opposition to the other district judges who have rendered opinions on the second EO which have enjoined its enforcement.