Judge Watson's more than 40 page opinion first engages in an explanation of the facts giving rise to the litigation. 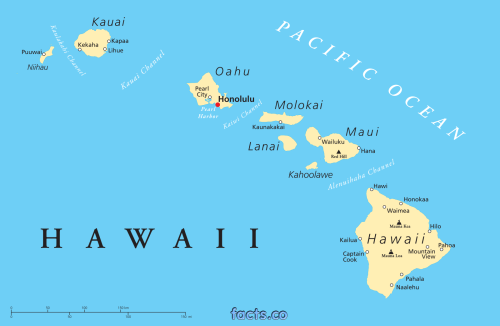 Next, Judge Watson concludes there is Article III standing.  He finds that Hawai'i has standing based on its proprietary interests (and thus there was no need to reach the parens patriae standing theory).  The first proprietary interest is the state's financial and intangible interests in its universities, very similar to the interests the Ninth Circuit found sufficient in Washington v. Trump, involving the previous EO.  The second proprietary interest was to the state's "main economic driver: tourism."  Additionally, Judge Watson concludes that Dr. Elshikh, added as a plaintiff in the amended complaint has standing, specifically addressing the Establishment Clause claim in which injury can be "particularly elusive." Moreover, his claim is ripe.

As to the likelihood of success on the merits prong of the TRO requirement, Judge Watson concluded that the plaintiffs "and Dr. Elshikh in particular" are likely to succeed on the merits of the Establishment Clause claim (and thus the court did not reach the other claims).

Judge Watson acknowledged that the EO does not facially discriminate for or against any particular religion, or for or against religion versus non-religion. There is no express reference, for instance, to any religion nor does the Executive Order—unlike its predecessor—contain any term or phrase that can be reasonably characterized as having a religious origin or connotation.

Nevertheless, the court can certainly look behind the EO's neutral text, despite the Government's argument to the contrary, to determine the purpose of the Government action.  Judge Watson stated that the record before the court was "unique," including "significant and unrebutted evidence of religious animus driving the promulgation" of the EO and its "related predecessor."  Judge Watson then provided excerpts of several of Trump's statements, and rejected the Government's caution that courts should not look into the "veiled psyche" and "secret motives" of government decisionmakers:

The Government need not fear. The remarkable facts at issue here require no such impermissible inquiry. For instance, there is nothing “veiled” about this press release: “Donald J. Trump is calling for a total and complete shutdown of Muslims entering the United States.[]” SAC ¶ 38, Ex. 6 (Press Release, Donald J. Trump for President, Donald J. Trump Statement on Preventing Muslim Immigration (Dec. 7, 2015), available at https://goo.gl/D3OdJJ)). Nor is there anything “secret” about the Executive’s motive specific to the issuance of the Executive Order:
Rudolph Giuliani explained on television how the Executive
Order came to be. He said: “When [Mr. Trump] first announced
it, he said, ‘Muslim ban.’ He called me up. He said, ‘Put a
commission together. Show me the right way to do it legally.’”
SAC ¶ 59, Ex. 8.
On February 21, 2017, commenting on the then-upcoming revision to the Executive Order, the President’s Senior Adviser, Stephen Miller, stated, “Fundamentally, [despite “technical” revisions meant to address the Ninth Circuit’s concerns in Washington,] you’re still going to have the same basic policy outcome [as the first].” SAC ¶ 74.

In a footnote, Judge Watson lists "many more" examples.

Moreover, Judge Watson engaged with the plaintiffs' arguments that the EO was contextual, including pointing out that the security rationales listed in the EO included an incident involving an Iraqi national when Iraq was no longer included in the EO; the delayed timing of the EO; and the focus on nationality rather than residence.  But Judge Watson noted that while such "assertions certainly call the motivations behind the Executive Order into greater question, they are not necessary to the Court's Establishment Clause determination."

Judge Watson does note that context could change and that the Executive is not forever barred, but as it stands the purpose of the EO is one that has a primary religious discriminatory purpose and will most likely not survive the Establishment Clause challenge.

Having found a likelihood of success on the merits of the Establishment Clause claim, Judge Watson easily found there was irreparable harm and that a temporary restraining order was appropriate.

Judge Watson's injunction against Sections 2 and 6 of the EO applies "across the Nation."  Should an emergency appeal be sought, Judge Watson's order already denies a stay of the TRO, but does direct the parties to submit a briefing schedule for further proceedings.