In an opinion and order in Hawai'i v. Trump, United States District Judge Derrick Watson has granted the motion to convert the previously issued Temporary Restraining Order  against the President's March 6, 2017 Executive Order "Protecting The Nation From Foreign Terrorist Entry Into The United States" (now numbered EO 13,780) (colloquially known as the revised travel ban or "Muslim Ban 2.0") into a Preliminary Injunction.  This has the effect of extending the time frame of the injunction as well as making appeal likely.

Judge Watson incorporated the rationales as stated in the previous TRO as we previously discussed, but elaborated on several matters.  First, Judge Watson again considered the standing issues and again concluded that both the state of Hawai'i and the individual plaintiff, Dr. Ismail Elshikh, had standing.

On the likelihood of success on the merits, Judge Watson again set out the classic Establishment Clause test articulated in Lemon v. Kurtzman (1971) and again concluded that the first prong requiring the government action to have a primary secular purpose was not met. 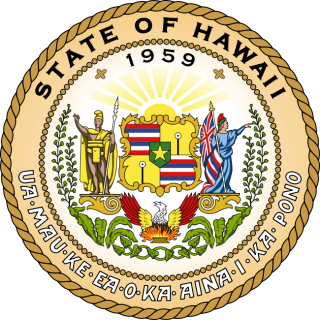 Judge Watson declared that "As no new evidence contradicting the purpose identified by the Court has been submitted by the parties since the issuance of the March 15, 2017 TRO, there is no reason to disturb the Court’s prior determination" (emphasis in original).

Instead, the Federal Defendants take a different tack. They once more urge the Court not to look beyond the four corners of the Executive Order. According to the Government, the Court must afford the President deference in the national security context and should not “‘look behind the exercise of [the President’s] discretion’ taken ‘on the basis of a facially legitimate and bona fide reason.’” Govt. Mem. in Opp’n to Mot. for TRO 42–43 (quoting Kliendienst v. Mandel, 408 U.S. 753, 770 (1972)), ECF No. 145. No binding authority, however, has decreed that Establishment Clause jurisprudence ends at the Executive’s door. In fact, every court that has considered whether to apply the Establishment Clause to either the Executive Order or its predecessor (regardless of the ultimate outcome) has done so.

The Court will not crawl into a corner, pull the shutters closed, and pretend it has not seen what it has.

While future Executive action could cure the defects, the attempt by this second EO to merely sanitize the first EO was not sufficient.

Judge Watson declined to narrow the TRO's scope and the injunction is a nationwide one including sections 2 and 6. The judge stated he was

cognizant of the difficult position in which this ruling might place government employees performing what the Federal Defendants refer to as “inward-facing” tasks of the Executive Order.
Any confusion, however, is due in part to the Government’s failure to provide a workable framework for narrowing the scope of the enjoined conduct by specifically identifying those portions of the Executive Order that are in conflict with what it merely argues are “internal governmental communications and activities, most if not all of which could take place in the absence of the Executive Order but the status of which is now, at the very least, unclear in view of the current TRO.” Mem. in Opp’n 29. The Court simply cannot discern, on the present record, a method for determining which enjoined provisions of the Executive Order are causing the alleged confusion asserted by the Government.

In other words, the federal government cannot complain about the injunction's breadth if the government does not take steps necessary to narrow it. Quoting the Ninth Circuit panel on the original EO in Washington v. Trump, Judge Watson stated that "even if the [preliminary injunction] might be overbroad in some respects, it is not our role to try, in effect, to rewrite the Executive Order.”

Judge Watson's order and opinion set the stage for the case to be appealed to the Ninth Circuit, even as IRAP v. Trump is beginning to proceed in the Fourth Circuit.