In his opinion in LaCroix v. Junior, Florida state judge Milton Hirsch confronted the constitutionality of the Executive Order threatening to revoke federal funding for sanctuary cities which as we previously predicted "overreaches."

The judge granted the petition for writ of habeas corpus by a man "incarcerated in the Miami-Dade County correctional system." Although there were no state charges against him, LaCroix had "no prospect of imminent release," because as "often happens" Immigration and Customs Enforcement (“ICE”), the federal agency "responsible for the deportation of those whose presence in this country is unlawful, had filed a detainer or lodged a request with the corrections department, seeking to have the department retain an inmate whom would otherwise be released, because ICE has a basis to inquire further as to the status of the person sought. 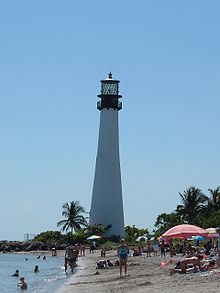 Judge Hirsch identified "two inequities" of this practice.  First, until ICE takes custody of the person, the county must "house, oversee, and control" people in which it has no ongoing interest and to do so at county expense.  Second, "it results in the continued incarceration in county jails of persons neither charged with, nor sentenced for violating, any state or county law, and whose ongoing incarceration by the county is therefore difficult to justify."

Judge Hirsch's opinion outlines the controversies surrounding the county's changing practices, noting that while there had been county detention on behalf of ICE, in 2013 the Dade County Commission changed its policy to effectively ban county jails from honoring ICE requests.  However, after the President "threatened to cut federal grants for any counties or cities that don’t cooperate fully with Immigration and Customs Enforcement," Miami-Dade Mayor Carlos Gimenez immediately reversed county policy and ordered county jails to comply with ICE requests.

Judge Hirsch finds that the federal government cannot constrict or commandeer state officials largely relying on Printz v. United States (1997), which held the Brady Handgun Violence Prevention Act's requirement of background checks by state officials unconstitutional pursuant to the Tenth Amendment.  Quoting from Justice Scalia's opinion for the Court in Printz, Judge Hirsch concluded that the present situation was "actually easier" to decide: Printz involved something that local law enforcement is often called to do as a matter of local law, but here

however, we deal with an area of the law – the regulation of immigration and deportation – reserved exclusively to the federal government. See U.S. Const. Art. I § 8, clause 4. The Department does not, and as a matter of constitutional law cannot, act in this federal bailiwick. According to its “mission statement,” see http://www.miamidade.gov/corrections/about-corrections.asp, the Department, “serves our community by providing safe, secure and humane detention of individuals in our custody while preparing them for a successful return to the community.” (Emphasis added.) This is wholly unrelated, arguably antithetical, to the mission of ICE, see https://www.ice.gov/overview, which is “to protect America from the cross-border crime and illegal immigration that threaten national security and public safety.” Yet by operation of the recent change in county policy, and the presidential order upon which it is based, county correctional officers and county correctional facilities are made appendages of ICE, obliged to imprison and maintain Petitioner for ICE –
Petitioner and others, perhaps many others, similarly circumstanced. If the use made of local governmental resources in Printz was constitutionally proscribed, the use made of local governmental resources here is surely constitutionally proscribed.

Moreover, although LaCroix is not a government official, the Tenth Amendment's reservation of rights to "the people" is one that can be raised by an individual, as the Court unanimously held in Bond v. United States (2011). (Recall that Carol Anne Bond was similarly successful in her second trip to the United States Supreme Court when it held that the federal government had essentially overreached in prosecuting her for violation using "chemical weapons.")

Judge Hirsch's analysis of Tenth Amendment precedent is on solid ground.  The opinion is carefully crafted and closely reasoned.  But Judge Hirsch does evoke the larger political contexts in at least two respects. First, Judge Hirsch raises and discounts the term "sanctuary city."  He writes that although the term has a "Biblical sound to it" (explaining in a footnote the more precise Biblical meaning), and thus has some rhetorical force,

Miami is not and never was a “sanctuary city,” and the issue raised by the petition at bar has nothing to do with affording “sanctuary” to those unlawfully in this country. It has everything to do with the separation of powers between the state and federal governments as reflected in the Tenth Amendment to, and in the very structure of, the United States Constitution.

Nevertheless, near the end of the opinion, Judge Hirsch repeats his conclusion that "Miami is not, and has never been, a sanctuary city," and then adds:"But America is, and has always been, a sanctuary country." He quotes one of his own previous opinions and includes a footnote quoting Emma Lazarus, The New Colossus and discussing the dedication of the Statue of Liberty.

Second, Judge Hirsch raises the specter of unbridled Executive power.  He notes that although the "presidential edict at issue here seeks to bring about the conscription of the corrections department, and employs powerful financial pressure to do so," the Spending Power is vested in Congress under Art. I §8 cl. 1 rather than the Executive.  Additionally:

No doubt the limitations imposed by the Tenth Amendment, like so many limitations imposed by the Constitution, are a source of frustration to those who dream of wielding power in unprecedented ways or to unprecedented degrees. But America was not made for those who dream of power. America was made for those with the power to dream.

It does not seem too far of a stretch to read this as a critique of the current President.

The case is sure to be appealed.  But whatever happens on appeal in this case, there is similar litigation throughout the nation, including the lawsuit by San Franscisco.

[images: Cape Florida Lighthouse, Miami-Dade County via & in 1830, via]