In its divided opinion in Bormuth v. County of Jackson (Michigan), a panel of the Sixth Circuit has concluded that the prayer practices of a county commission violate the First Amendment's Establishment Clause.

The constitutionality of legislative prayer has most recently been before the United States Supreme Court in the sharply divided opinion in Town of Greece v. Galloway upholding the practice of the town beginning its meetings with invited religious leaders providing prayers.  The Court essentially extended Marsh v. Chambers (1983), regarding legislative prayer in the Nebraska legislature, to town meetings despite their quasi-legislative and quasi-adjudicative function.

The Sixth Circuit first held that the County of Jackson's Board of Commissioners’ practice strays from the traditional purpose and effect of legislative prayer:

A confluence of factors distinguishes the Jackson County practice from the practices upheld in Marsh and Town of Greece. These factors include the deliverance of the invocations by the Commissioners themselves in a local setting with constituent petitioners in the audience, as well as the Board’s intentional decision to exclude other prayer givers in order to control the content of the prayers. 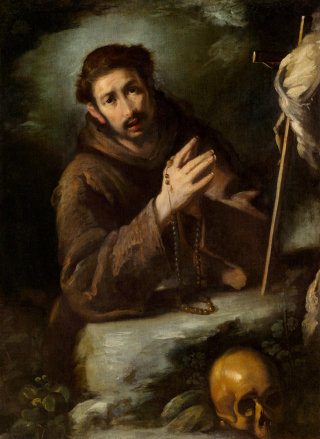 Additionally, the Sixth Circuit in Bormuth was troubled by the issue of coercion raised by the plaintiff.  The facts were not only that the Chair of the Jackson County Commission generally  "directs those in attendance to “rise” and “assume a reverent position" before a County Commissioner delivers a Christian prayer, but that a Commissioner "made faces" and "turned his chair around" when Bormuth expressed concern about the prayers.  One Commissioner later stated that Bormuth was attacking "my Lord and savior Jesus Christ," and another Commissioner remarked, “All this political correctness, after a while I get sick of it.”  As Judge Karen Nelson Moore wrote for the panel majority:

In finding coercion in Bormuth,  Judge Moore noted that Town of Greece ruled that “[t]he analysis would be different if town board members directed the public to participate in the prayers, singled out dissidents for opprobrium, or indicated that their decisions might be influenced by a person’s acquiescence in the prayer opportunity.”  Judge Moore then detailed the presence of all three of these criteria in Bormuth.

Judge Moore discussed Lund v. Rowan County, North Carolina,  in which a divided Fourth Circuit held that the identity of the person leading a prayer opening the county Board of Commissioners meeting was irrelevant and upheld a prayer led by a Board member.  Dissenting Sixth Circuit Judge Griffin wrote at length and relied heavily on Lund.  For her part, Judge Moore specifically stated that Judge Wilkinson’s panel dissent in Lund is much more convincing than the majority opinion, and noted that because Lund has been granted a rehearing en banc, this view is one that "a significant number of Fourth Circuit judges presumably share."  Additionally, however, Judge Moore found that  there are "significant factual differences" between the practice at issue in the Fourth Circuit and the one before the court in the Sixth Circuit.

The issue of legislative prayer in the context of local government continues to vex the courts; there is almost sure to be a petition for rehearing en banc in the Sixth Circuit mirroring the successful one in the Fourth.

image: Bernardo Strozzi, St Francis in Prayer, circa 1620, via National Gallery of Art