Here's an explainer for Vox on the challenges to the Executive Order, including the forthcoming Ninth Circuit arguments.

The wife of the President has two pending defamation claims that not only involve interesting First Amendment issues, but may also be relevant to the pending Emoluments Clause challenge.

First there is the complaint in Melania Trump v. Tarpley (and Mail Media), filed in Maryland state court. This suit alleges that statements by blogger Webster Griffin Tarpley in a blog post, including “Ms. Trump Reportedly Obsessed by Fear of Salacious Revelations by Wealthy Clients from Her Time as a High-End Escort” and “It is widely known that Melania was not a working model but rather a high end escort.”  The complaint survived the motion to dismiss by Tarpley, with the Judge ruling from the bench reportedly rejecting the blogger defendant’s argument that he was not making the statement as a fact but merely reporting rumors. The judge further reportedly stated that the alleged statements were defamatory: “The court believes most people, when they hear the words 'high-end escort' that describes a prostitute. There could be no more defamatory statement than to call a woman a prostitute." 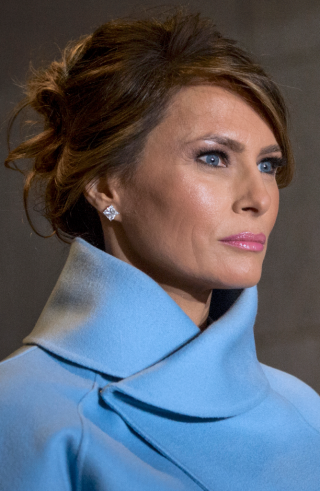 Melania Trump at the Inauguration, January 2017, via

Additionally, as the news report stated:

The judge also seemed skeptical that such salacious claims were deserving of the highest level of legal protection given that Melania Trump was the wife of a candidate and not a candidate herself.

"The interests affected are arguably not that important because the plaintiff wasn't the one running for office," [Judge] Burrell said.

This would seem to imply that Melania Trump was not a public figure, a conclusion that does not seem sustainable. The judge did, however, seem to dismiss the plaintiff’s claim that the false statements included injuries to her husband’s business.

Maryland Judge Burrell did , however, dismiss the complaint as against Mail Media for lack of jurisdiction against the company.

Ms. Trump has now filed a complaint in New York against Mail Media (Mail Online), alleging defamation and intentional infliction of emotional distress based on the same facts.  Interestingly, Ms. Trump has dropped the allegations of injuries to her husband's business and included more specific injuries to her own business and lost opportunities.  Paragraph 3 of the Complaint reads:

As a result of Defendant’s publication of defamatory statements about Plaintiff, Plaintiffs brand has lost significant value, and major business opportunities that were otherwise available to her have been lost and/or substantially impacted. The economic damage to Plaintiffs brand, and licensing, marketing and endorsement opportunities caused by the publication of Mail Online’s defamatory article, is multiple millions of dollars. Plaintiff had the unique, once-in-a-lifetime opportunity, as an extremely famous and well-known person, as well as a former professional model and brand spokesperson, and successful businesswoman, to launch a broad-based commercial brand in multiple product categories, each of which could have garnered multi-million dollar business relationships for a multi-year term during which Plaintiff is one of the most photographed women in the world. These product categories would have included, among other things, apparel, accessories, shoes, jewelry, cosmetics, hair care, skin care and fragrance.

This allegation has raised some eyebrows as it seems to allege that Melania Trump intended to monetize her "once-in-a-lifetime opportunity" for a "multi-year term" as First Lady by promoting her personal products.  Indeed, Melania Trump's initial biography on the White House website lends credence to this view:

This entry has since been removed, although it does not seem the removal is connected to the August 2016 publications about Melania Trump.

Should discovery on damages ensue, it could be a trove of material for those claiming that conflicts of interests exist in Donald Trump's official position and his businesses, including his family businesses.  However, note that under Seattle Times v. Rhinehart (1984), a judge could certainly order nondisclosure of the material gained by Mail Media despite the defendant's press status.

Meanwhile, also in New York state court, Donald Trump is defending a defamation suit filed by Zervos Summer based on allegations that he called her charges of sexual harassment by him false.

In a Temporary Restraining Order, United States District Judge James Robart enjoined the federal government from enforcing sections 3(c), 5(a), 5(b), 5(c), and 5(e) of the Executive Order Protecting the Nation From Foreign Terrorist Entry Into the United States, commonly known as the "Muslim Ban" or "Travel Ban."

Judge Hobart's Order is brief and concludes that there is a likelihood of success on the merits, although it does not specify which of the claims is likely to succeed.  Washington State's complaint contains 7 counts claiming violations of constitutional guarantees of Equal Protection, Establishment Clause, and Procedural Due Process, as well as statutory violations of the Immigration and Nationality Act (2 counts), Foreign Affairs and Restructuring Act, the Administrative Procedure Act (2 counts), and the Religious Freedom and Restoration Act (RFRA). 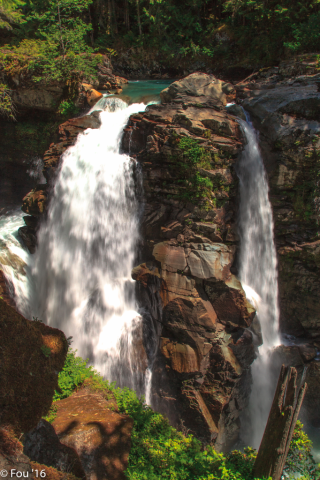 The Judge's finding that Washington faces the "immediate and irreparable injury" requirement for preliminary relief might also be a comment on the merits of Washington's standing (which we first discussed here) to bring the suit, and would be pertinent to the standing of the state of Hawai'i, which has also sued. Judge Robart found:

The Executive Order adversely affects the States’ residents in areas of employment, education, business, family relations, and freedom to travel. These harms extend to the States by virtue of their roles as parens patriae of the residents living within their borders.  In addition, the States themselves are harmed by virtue of the damage that implementation of the Executive Order has inﬂicted upon the operations and missions of their public universities and other institutions of higher learning, as well as injury to the States" operations, tax bases, and public funds.

Additionally, in the Order's one paragraph Conclusion, Judge Robart implicitly invokes the Marbury v. Madison aspects of the controversy.  Here is the entire last paragraph:

Fundamental to the work of this court is a vigilant recognition that it is but one of   three equal branches of our federal government. The work of the court is not to create policy or judge the wisdom of any particular policy promoted by the other two branches. That is the work of the legislative and executive branches and of the citizens of this   country who ultimately exercise democratic control over those branches. The work of the Judiciary, and this court, is limited to ensuring that the actions taken by the other two branches comport with our country’s laws, and more importantly, our Constitution. The narrow question the court is asked to consider today is whether it is appropriate to enter a TRO against certain actions taken by the Executive in the context of this speciﬁc lawsuit. Although the question is narrow, the court is mindful of the considerable impact its order may have on the parties before it, the executive branch of our government, and the country’s citizens and residents. The court concludes that the circumstances brought before it today are such that it must intervene to fulﬁll its constitutional role in our tripart government. Accordingly, the court concludes that entry of the above-described TRO is necessary, and the States’ motion (Dkt. ## 2, 19) is therefore GRANTED.

The morning after the Judge's Order, the President from his vacation home "tweeted" his disapproval, maligning the judge but seemingly committed to pursue further judicial process.

Joining the more than 15 other cases filed across the nation challenging Trump's Executive Order Protecting the Nation From Foreign Terrorist Entry Into the United States, now available on the whitehouse.gov site here, today Hawai'i filed a Complaint in Hawai'i v. Trump, accompanied by a  lengthy motion for Temporary Restraining Order and supporting Memorandum of Law.

Hawai'i asserts standing as a state based on its diversity in ethnic population, its high number of noncitizen residents including business owners and students, and its tourism-based economy. Washington state previously brought suit (with an oral ruling granting a TRO); Virginia is seeking to intervene in a lawsuit there.

The constitutional claims are by now familiar from suits such as the first one in Darweesh v. Trump and the one filed by CAIR, Sarsour v. Trump, including Equal Protection claims as we analyzed here. Other constitutional claims generally include First Amendment Establishment Clause and Free Exercise Clause and Procedural Due Process.  There have also been constitutional claims based on the Emoluments Clause (Mohammed v. United States, filed in U.S. District Court for the Central District of California, with Temporary Restraining Order entered) and a substantive due process right to familial association (Arab American Civil Rights League v. Trump , filed in U.S. District Court for the Eastern District of Michigan, with an injunction entered.  Again, Lawfare is maintaining a collection of all the primary source documents.

The Hawai'i complaint includes an innovative count alleging a violation of the substantive due process right to international travel. According to the supporting memo, the right to travel abroad is  “part of the ‘liberty’” protected by the Due Process Clause; as the Court stated in Kent v. Dulles (1958), “Freedom of movement is basic in our scheme of values.” The EO fails to satisfy the applicable due process standard for the same reasons it fails the equal protection analysis.

The Attorney General has not been confirmed and the Acting AG was terminated by the President when she stated the Muslim Ban was indefensible, but the DOJ attorneys seem to be vigorously defending these suits.

There were some questions whether the seemingly hasty release late Friday afternoon of the Executive Order, Protecting the Nation From Foreign Terrorist Entry Into the United States, popularly called a "Muslim Ban," had been presented to the Office of Legal Counsel (OLC) as required by law.

Pursuant to a FOIA request, an OLC Memo has been released.  It's seemingly a boilerplate memo, simply repeating the content of the EO and concluding "The proposed Order is approved with respect to form and legality."

It's a quick read at a bit over one page, with the EO appended afterwards.  There is no legal analysis.

For comparison, the recent anti-nepotism OLC Memo, concluding that the President could appoint his son-in-law to a White House position runs about 14 single spaced pages.