The Court heard oral argument in Packingham v. North Carolina in which the North Carolina Supreme Court upheld the constitutionality of a state statute, NCGS § 14-202.5, making it a felony for registered sex offenders to access certain commercial social networking sites. Packingham was convicted of a felony for his facebook page on which he wrote " Thank you Jesus.  God is good" regarding a result on his parking ticket.

Justice Kagan distilled the importance of the issue in her questioning of the North Carolina Deputy Attorney General, Robert Montgomery:

JUSTICE KAGAN: So --so a --so a person in this situation, for example, cannot go onto the President's Twitter account to find out what the President is saying today? 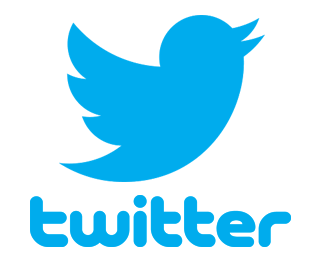 JUSTICE KAGAN: Not only the President. I mean, we're sort of aware of it because the President now uses Twitter. But in fact, everybody uses Twitter. All 50 governors, all 100 senators, every member of the House has a Twitter account. So this has become a crucial --crucially important channel of political communication. And a person couldn't go onto those sites and find out what these members of our government are thinking or saying or doing; is that right?

Montgomery answered both queries in the affirmative, but suggested that Packingham could go onto the websites of government officials to learn their views.

The possibility of ample available alternatives, the question of narrow tailoring, and the overbreadth of the statute were the linchpins of the First Amendment argument, as David Goldberg representing Packingham explained when Justice Kennedy inquired about the "doctrinal choices" supporting an argument that the statute was unconstitutional.  There were analogies to felon disenfranchisement and felons restricted Second Amendment rights, but Goldberg insisted that the First Amendment was different.

Prompted by this distinction based in part on originalist invocations, Chief Justice Roberts seemed to eschew originalism, given that the issue involves "access to websites and all the sort of things we're dealing with here."  For his part, Justice Alito tried "to translate this into terms that would be familiar at the time of the adoption of the First Amendment," analogizing to a state law prohibiting anyone convicted of kidnapping children from visiting a nursery school.  Goldberg first noted that the First Amendment did not apply to the states at the time of the Framers, but then stated that there was not a First Amendment right to visit a nursery school.

The notion that internet social sites are "virtual places" like playgrounds was one advanced by the state attorney, but one that the Justices did not seem to accept.  Yet even if the virtual-spatial analogy was pertinent, the type of prophylactic rule upheld in Burson v. Freeman (1992) regarding a prohibition of campaigning within 100 feet of a polling place, seemed unpersuasive.  Montogomery seemed to contend this was North Carolina's best case, to which Justice Kennedy replied that it "does not help you at - - - at all."  The conversation continued:

JUSTICE KENNEDY: That was --number one, it was applied to everyone. It was 100 yards. You could have all the political speech in the world outside the --was it 100 yards or 100 feet, whatever it was. It seems to me that --do you have --do you have any better case than that?

MONTGOMERY: Well, the only --the reason -­

JUSTICE KENNEDY: If you cite Burson, I think --I think you lose.

MONTGOMERY: The reason that that case is the one that I mentioned is because the rationale for that was that these kinds of crimes that happened in that zone often go undetected -­ ­

JUSTICE KAGAN: Mr. Montgomery, I agree with you. That's your closest case. It's the one that I asked Mr. Goldberg about, because it's the only case that I know of where we've permitted a prophylactic rule where we've said not all conduct will have these dangerous effects, but we don't exactly know how to separate out the dangerous --dangerous speech from the not-dangerous speech, so we're going to have a prophylactic rule. That is like one out of a zillion First Amendment cases that we've decided in our history.

And as Justice Kennedy says, there are many reasons to think it's distinguishable from this one.

MONTGOMERY: Well, the fact that it applied to all in Burson, I believe, makes our case a better case because it doesn't apply to all. It applies to sex offenders who have committed crimes, who have shown that they cannot conform to the law and are likely to be recidivists. So the fact that it's a narrower group is not --does not make it more problematic, but makes it --makes it better than Burson.

JUSTICE KENNEDY: Well, that was --that was not the rationale of Burson v. Freeman. Under that rationale, you --you could have said that it applies only to members of a political party and it would have been narrower. That would make it worse. The Petitioner here is saying you are singling me out and saying that I can't have the First Amendment rights that everybody else does. That's exactly the opposite of what was happening in Burson.

MONTGOMERY: But it wouldn't be like singling out a political party. These are people who have committed sex offenses. So, again, they have had certain disabilities already, civil disabilities. . . .

While making predictions of outcomes based on oral arguments is always fraught, the fact that Mr. Montgomery did not have a better "best case" than Burson to support the constitutionality of the North Carolina statute strongly suggests the case will be reversed.