In its opinion in excess of 100 pages in Whitford v. Gill, the majority of a three judge court has concluded that Wisconsin's "gerrymandering" of districts was unconstitutional.

The factual predicate for the case does not involve the most recent election.  Writing for the majority, Seventh Circuit Judge Kenneth Ripple began by explaining:

The plaintiffs have brought this action alleging that Act 43, the redistricting plan enacted by the Wisconsin Legislature in 2011, constitutes an unconstitutional partisan gerrymander. Specifically, they maintain that the Republican-controlled legislature drafted and enacted a redistricting plan that systematically dilutes the voting strength of Democratic voters statewide. We find that Act 43 was intended to burden the representational rights of Democratic voters throughout the decennial period by impeding their ability to translate their votes into legislative seats. Moreover, as demonstrated by the results of the 2012 and 2014 elections, among other evidence, we conclude that Act 43 has had its intended effect.

In its discussion of "foundational case law," the court begins its discussion with the equal protection case of Reynolds v. Sims (1964), and concludes with League of United Latin American Citizens v. Perry (“LULAC”) (2006), although interestingly it does not cite Bush v. Gore (2000).  In considering the "close relationship between equal protection and associational rights," the court found Williams v. Rhodes (1968) especially instructive.  The court concluded:

We therefore believe that there is a solid basis for considering the associational aspect of voting in assessing the gravamen of the harm allegedly suffered by the plaintiffs. Indeed, in this case, the associational harm is especially important to the analysis because the testimony of the defendants’ witnesses as well as the plaintiffs’ demonstrate that, given the legislative practice and custom of Wisconsin, legislative action is controlled, as a practical matter, solely by the majority caucus. In such a circumstance, when the state places an artificial burden on the ability of voters of a certain political persuasion to form a legislative majority, it necessarily diminishes the weight of the vote of each of those voters when compared to the votes of individuals favoring another view. The burdened voter simply has a diminished or even no opportunity to effect a legislative majority. That voter is, in essence, an unequal participant in the decisions of the body politic.

It therefore rejected the notion that equal protection "must be limited to situations where the dilution is based on classifications such as race and population."

The court summarized the applicable doctrine as follows:

the First Amendment and the Equal Protection clause prohibit a redistricting scheme which (1) is intended to place a severe impediment on the effectiveness of the votes of individual citizens on the basis of their political affiliation, (2) has that effect, and (3) cannot be justified on other, legitimate legislative grounds. 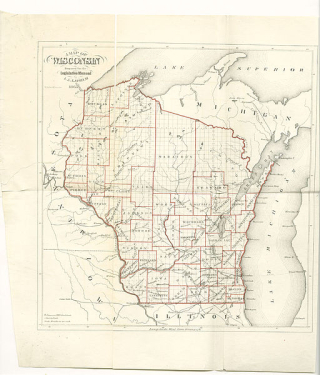 The court then exhaustively applied these standards to the complex facts, concluding that the plaintiffs had carried their burden.  As to remedy, however, the court deferred because the parties had not had the opportunity to completely brief the matter and ordered simultaneous briefs within 30 days with 15 days thereafter to respond.

The dissenting judge, William Griesbach, relied on Davis v. Bandemer (1986) (plurality), in which the Court refused to invalidate Indiana's redistricting scheme, to support his conclusion that "partisan intent is not illegal, but is simply the consequence of assigning the task of redistricting to the political branches of government," and interestingly notes that

"It was only a term ago that the Court held by a 5 to 4 vote that it was constitutionally permissible to remove redistricting from the political branches. Ariz. State Legislature v. Ariz. Indep. Redistricting Comm’n (2015). Adoption of the majority’s standard may well compel States to do so."

The incessant issue of gerrymandering may be headed to the United States Supreme Court yet again. 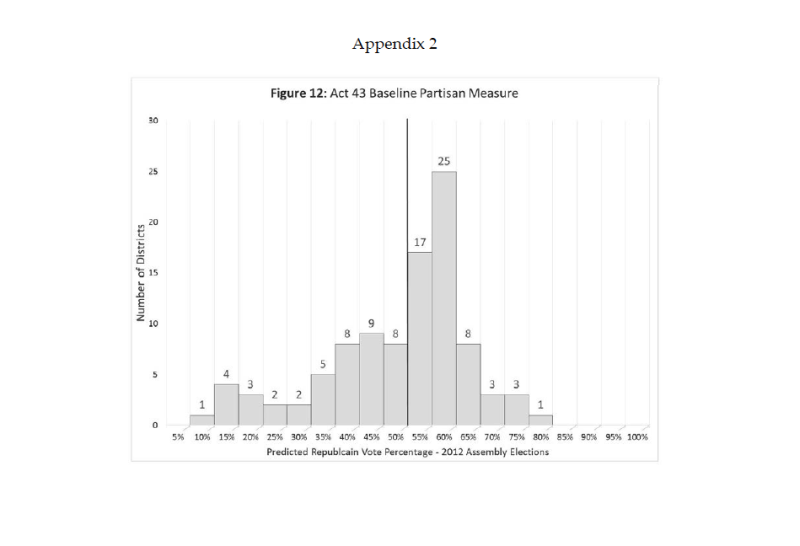