In its opinion the Supreme Court of North Carolina, reversing the court of appeals, concluded that the statute was constitutional on its face and as applied to Packingham, a registered sex offender, who had a Facebook.com page.

The opinion for the majority by Justice Robert Edmunds,  found that the North Carolina statute was content-neutral.  The court reasoned that the "limitations imposed by the statute are not based upon speech contained in or posted on the site," but simply on the character of the site as one that is available for use by minors.  Thus the court applied "intermediate scrutiny" under United States v. O'Brien (1968), with the O'Brien factors. Perhaps most interesting is the court's analysis of the availability of  ample alternatives for expression:

[t]he Web offers numerous alternatives that provide the same or similar services that defendant could access without violating N.C.G.S. § 14-202.5. For example, defendant would not violate N.C.G.S. § 14-202.5 by accessing the Paula Deen Network, a commercial social networking Web site that allows registered users to swap recipes and discuss cooking techniques, because its Terms of Service require users to be at least eighteen years old to maintain a profile. Paula Deen Network Terms of Service, http://www.pauladeen.com/terms-of-service/ (last visited 5 November 2015) (“This website is designed for and targeted to Adults. It is intended solely and exclusively for those at least 18 years of age or older.”). Similarly, users may follow current events on WRAL.com, which requires users to be at least eighteen years old to register with the site and, as a result, is not prohibited. Capitol Broadcasting Company Terms of Use, http://www.capitolbroadcasting.com/terms-of-use/ (last visited 5 November 2015) (“[Y]ou must be at least 18 years old to register and to use the Services.”). A sex offender engaging in an on-line job search is free to use the commercial social networking Web site Glassdoor.com, which prohibits use by individuals under the age of eighteen. Glassdoor Terms of Use, http://www.glassdoor.com/about/terms.htm (last visited 5 November 2015) (“To access or use Glassdoor, you must be 18 years of age or older . . . .”). Finally, sex offenders permissibly may access Shutterfly to share photos, because that site limits its users to those eighteen and older. Shutterfly Terms of Use, http://shutterfly- inc.com/terms.html (last visited 5 November 2015) (“In order to create a member account with any of our Sites and Apps, you must be at least 18 years of age.”).

On the as-applied challenge, the court similarly rejected Packingham's First Amendment claims, finding that the incidental burden on Packingham's speech was no greater than was essential to the furthering the government's interest in protecting children.  Similarly, the court concluded that the statute was not overbroad and that Packingham could not raise a vagueness challenge given that he was within the purview of the statute. 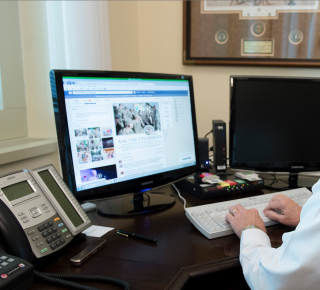 The dissenting opinion, authored by Justice Robin Hudson and joined by Justice Cheri Beasley, contended that O'Brien was not the correct standard because the statute "primarily targets expressive activity usually protected by the First Amendment," and should be more properly considered as content-based under Reed v. Town of Gilbert.  However, Justice Hudson argued that even under O'Brien, the statute burdened substantially more speech than necessary" because it sweeps too broadly in the sex offenders it includes and in the speech (activity) it prohibits, including social networking sites that allow minors (such as newspapers and Amazon).