In her order in Crookston v. Johnson, Federal District Judge Janet Neff has issued a preliminary injunction regarding Michigan's ban on the so-called ballot-selfie.  Michigan's ban is expressed in two statutes, MICH. COMP. LAWS §§ 168.579, 168.738(2), which require rejection of the ballots for "exposure" and Secretary of State rules prohibiting photographs and use of cell phones by voters in the voting station.

Not surprisingly, Judge Neff relied on the First Circuit's opinion last month in Rideout v. Gardner invalidating New Hampshire's prohibition of the ballot-selfie. Judge Neff assumed that the Michigan scheme was content-based - - - prohibiting only speech about marked ballots - - - and that even if there were compelling government interests such as coercion, the means chosen was not narrowly tailored. However, even if the Michigan scheme was deemed content-neutral, Judge Neff found that it failed intermediate scrutiny.  Again, part of the problem is that there is little if anything to show that the coercion and vote-buying is related to the ballot-selfie, and even if there were a sufficient interest, Michigan's ban is not sufficiently focused. 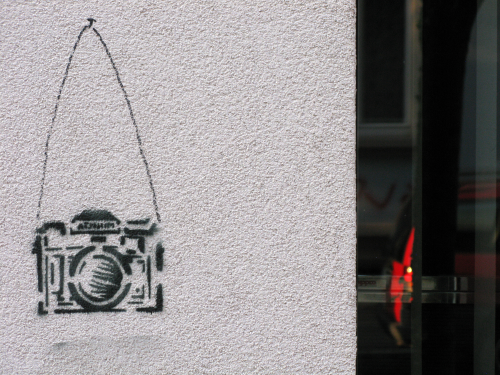 Image by Andreas Schwarzkopf via

One relatively novel government interest raised by Michigan is protection of  “the rights of other voters in the exercise of their right to vote by causing intimidation, disruption, and long lines at the polls.”  This interest is not extensively discussed Judge Neff, but the specter of long lines caused by "photographers" could be important.  However, in North Carolina where early voting has begun, the lines are reportedly related to the decrease in voting places rather than to voter-conduct.

With the election imminent, Michigan may spend its time seeking review from the Sixth Circuit - - - or it may simply concede that the trend seems to be toward ballot-selfies as protected by the First Amendment.