Ninth Circuit: Shackling Pregnant Woman During Labor *Might* Be Unconstitutional

Reversing the district court's grant of summary judgment to the Maricopa County Sheriff, the Ninth Circuit's opinion in Mendiola-Martinez v. Arpaio held that shackling a pregnant woman while she gives birth might rise to a constitutional violation:

We are presented with an important and complex issue of first impression in our circuit: whether the U.S. Constitution allows law enforcement officers to restrain a female inmate while she is pregnant, in labor, or during postpartum recovery. We hold today that in this case, the answer to that question depends on factual disputes a properly instructed jury must resolve.

Ms. Mediola-Martinez went into early labor about two months later.  During the actual C-section procedure, she was not restrained.  However, before the procedure when she was "in active labor" and during the postpartum recovery, she was restrained.  She had plead guilty a few days before the birth and was released on a sentence of time-served a few days after.

The Ninth Circuit panel acknowledged that the weight of precedent and evidence decries the practice of shackling pregnant women in its discussion of whether the practice is a "sufficiently serious deprivation" of medical care posing a substantial risk of serious harm and thus constitutes an Eighth Amendment claim.  Additionally, the panel held that she had sufficiently alleged deliberate indifference.  A jury, the court held, should consider this claim.

The Ninth Circuit was not so welcoming to the Equal Protection Clause claim.  Mediola-Martinez argued that the county's restraint policy discriminated on the basis of race against Mexican-Americans.  But as the court noted, she needed to show that the "Restraint Policy not only had a discriminatory impact, but that it was enacted with an intent or purpose to discriminate against members of a protected class."  The "offensive quotes" of Sheriff Arpaio were not sufficient to prove intent:  "Even if those hearsay statements were admissible, however, they do not mention the Restraint Policy and do not otherwise lead to any inference that Sheriff Arpaio’s 2006 Restraint Policy was promulgated to discriminate against Mexican nationals."  Likewise, discriminatory intent could not be inferred from the general population statistics; there needs to be a "gross" statistical disparity to raise the specter of intent.

The court was cautious but clear:

Crafting a restraint policy that balances safety concerns with the inmates’ medical needs is equally challenging. But it is not impossible. And we leave it to a jury to decide whether the risk the Maricopa County Restraint Policy posed to Mendiola-Martinez was justified, or whether the County Defendants went a step too far. 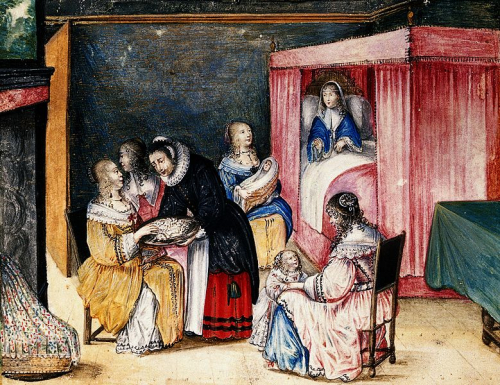