In its opinion in Rideout v. Gardner, the First Circuit, affirming the district judge, held that New Hampshire's prohibition of "ballot selfies" violates the First Amendment.

No voter shall allow his or her ballot to be seen by any person with the intention of letting it be known how he or she is about to vote or how he or she has voted except as provided in RSA 659:20. This prohibition shall include taking a digital image or photograph of his or her marked ballot and distributing or sharing the image via social media or by any other means.

(amended language underlined). The rationale for the statute was to prevent situations in which voters could be coerced into providing proof that they voted in a particular way, and thus as a means to prevent vote-coercion or vote-buying. 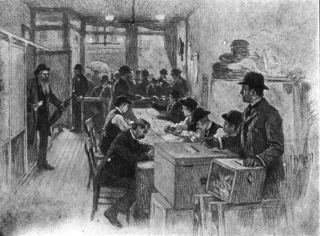 Judge Sandra Lynch's succinct opinion for the First Circuit panel includes a discussion of the nineteenth century practice in which political parties and other organizations had the power to print their own ballots, which they printed in a manner as to make the ballots easily identifiable by size and color.  "This practice allowed the ballot-printing organizations to observe how individuals voted at the polls, which in turn created an obviously coercive environment. "  Thus, "New Hampshire undertook a series of reforms to combat widespread vote buying and voter intimidation" and in 1891 passed legislation requiring the Secretary of State to prepare ballots for state and federal elections, and in 1911 passed the precursor statute forbidding any voter from allowing the "ballot to be seen by any person, with the intention of letting it be known how he is about to vote."

New Hampshire's problem in defending the constitutionality of the 2014 statute is that the problem of vote-buying and coercion has been solved.  As Judge Lynch stated, New Hampshire could not point to any such incidents since the nineteenth century (with the last complaint, seemingly unsubstantiated, being in 1976).  While the state's interests might be compelling in the abstract, they need to be real.  A broad prophylactic prohibition is unwarranted, despite worries about new technologies and media.  Indeed, Judge Lynch wrote:

Digital photography, the internet, and social media are not unknown quantities -- they have been ubiquitous for several election cycles, without being shown to have the effect of furthering vote buying or voter intimidation. As the plaintiffs note, "small cameras" and digital photography "have been in use for at least 15 years," and New Hampshire cannot identify a single complaint of vote buying or intimidation related to a voter's publishing a photograph of a marked ballot during that period.

And even if there were a present problem that needed solving, "the statute still fails for lack of narrow tailoring."  Judge Lynch's opinion for the panel stated that the statute infringed on the rights of all voters and not the smaller (or even nonexistence) pool of those motivated to cast a vote for illegal reasons.  Additionally, there exist other state and federal laws prohibiting vote corruption which are adequate to address the problem, should it arise.  In an interesting footnote, the court lists statutes from other states allowing ballot selfies and notes that these states have not reported "an uptick" in vote buying or voter intimidation. 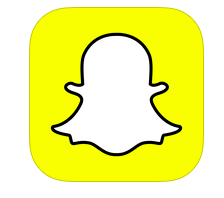 The First Circuit opinion applied intermediate scrutiny under the First Amendment.  The district judge had concluded the New Hampshire statute was a  content-based regulation and applied strict scrutiny.  However, relying on McCutcheon v. FEC (2014), the First Circuit reasoned that given that the statute fails the lower intermediate standard, the court need not "parse the differences" between the two standards in this case.  Nevertheless, the First Circuit did note that the New Hampshire statute affects voters who are engaged in "core political speech," and in a footnote quoted from the amicus brief for Snapchat that "younger voters" especially use ballot selfies as political expression.

Governments contemplating prohibiting "ballot selfies" would be wise to reconsider after a read of Rideout v. Gardner.