In its en banc opinion in Public Integrity Alliance v. City of Tucson, the Ninth Circuit held that Tucson's "hybrid system" for electing members of its city council does not violate the Equal Protection Clause.  The staff summary succinctly describes this hybrid system:

Tucson is divided into six wards of approximately equal population, and each ward is allotted one seat on the six- member city council. Council members are elected through a hybrid system involving a ward-level partisan primary election and an at-large partisan general election. The top-vote getter from each party eligible for inclusion on the ward- level primary ballot advances to an at-large general election where she competes against the other candidates nominated from the same ward. In the general election, every Tucson voter may vote for one candidate from each ward that held a primary. 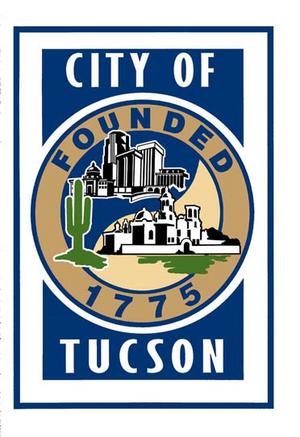 Importantly, once elected, the city council members represent the entire city.  The challenge to this system rested upon a denial on the one-person one-vote principle in equal protection doctrine.  The challenger Public Integrity argued that either an entirely ward-based system or an entirely at-large system would be constitutional, but the hybrid combination resulted in For the challenger, the hybrid system means that Tucson voters are denied the right to participate in the primary elections for all but one of their representatives.

The court noted that although primary elections are "indisputably" state action subject to the same constitutional constraints as general elections, this dis not mean that "primaries and general elections must be identically structured and administered." The court thus rejected the challenger's contention that Gray v. Sanders (1963) mandated that the primary and general election use the same geographical units.  Instead, the court applied the balancing test of Burdick v. Takushi (1992) for less than "severe restrictions."  (Recall that in Burdick, the Court upheld Hawai'i 's ban on write-in voting). The Ninth Circuit here found Tucson's restrictions minimal and found they were justified by Tucson's "important" interests including to "promote local knowledge and legitimacy, geographic diversity, and city-wide representation on the city council."

Eleven (of the 29) active judges of the Ninth Circuit participated in this en banc opinion, authored by Judge Marsha Berzon, and affirming the district judge.  Judge Berzon's relatively brief and straightforward opinion provoked no dissenting or concurring opinions.  It does overrule a previous Ninth Circuit case decided in 1994 on the basis that it articulated a different standard than that required by Burdick.  Perhaps the clearest message from the court is that it deferred to a "careful longstanding choice" that is a "product of our democratic federalism" allowing experimentation even where "the best solution is far from clear."