In its divided opinion in Lund v. Rowan County, North Carolina, the Fourth Circuit has held that the identity of the person leading a prayer opening the county Board of Commissioners meeting is irrelevant - - - even a prayer led by a Board member is within the ambit of Town of Greece v. Galloway (2014) and without a First Amendment Establishment Clause problem.

As the majority opinion, authored by Judge Steven Agee and joined by Judge Dennis Shedd, describes it:

At most Board meetings, the chairperson would call the meeting to order and invite the Board and audience to stand for the ceremonial opening. A designated commissioner would then deliver an invocation of his or her choosing followed by the pledge of allegiance. The content of each invocation was entirely in the discretion of the respective commissioner; the Board, as a Board, had no role in prayer selection or content. The overwhelming majority of the prayers offered by the commissioners invoked the Christian faith in some form. For example, prayers frequently included references to “Jesus,” “Christ,” and “Lord.”  It was also typical for the invocation to begin with some variant of “let us pray” or “please pray with me.” Id. Although not required to do so, the audience largely joined the commissioners in standing and bowing their heads during the prayer and remained standing for the pledge of allegiance. 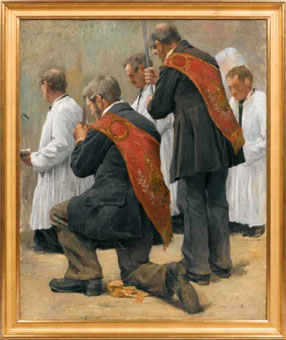 The litigation was begun before the United States Supreme Court issued its sharply divided opinion in Town of Greece v. Galloway upholding the practice of the town beginning its meetings with invited religious leaders providing prayers.  The Court essentially extended Marsh v. Chambers (1983), regarding legislative prayer in the Nebraska legislature, to town meetings despite their quasi-legislative and quasi-adjudicative function.  The Fourth Circuit extends Town of Greece to prayers by the elected officials (and arguably adjudicators) themselves: "the Supreme Court attached no significance to the speakers' identities in its analysis" of either Town of Greece or Marsh.  Indeed, as the Fourth Circuit majority notes, Justice Kennedy writing for the plurality in Town of Greece averred that the "principal audience" for the prayers is not the public but "lawmakers themselves, who may find that a moment of prayer or quiet reflection sets the mind to a higher purpose and thereby eases the task of governing."  The Fourth Circuit therefore found that the district judge's conclusion that legislative prayer led by a legislator violates the Establishment Clause.

Judge Agee's opinion for the Fourth Circuit majority then took up the question of whether "some other facet" of the Board of Commissioner's praying practice took it "outside the protective umbrella of legislative prayer."  These four "guideposts" included the selection of the legislative prayer, the content of the prayer, selection of the prayer-giver, and the effect of the prayer "over time" as advancing a particular religion.  Judge Agee's opinion rejected each of these concerns.  First, the selection of the legislative prayer was not done by the "Board as a whole," but each of the five commissioners was in effect "a free agent."  Second, the majority found the content not objectionable because it did not cross the line into proselytizing: "There is no prayer in the record asking those who may hear it to convert to the prayer-giver’s faith or belittling those who believe differently. And even if there were, it is the practice as a whole -- not a few isolated incidents -- which controls." Third, the selection of the prayer-givers was not problematic, even though it was limited to the five commissioners.  The majority opinion here comes close to requiring a type of specific motive: "Absent proof the Board restricted the prayer opportunity among the commissioners as part of an effort to promote only Christianity, we must view its decision to rely on lawmaker-led prayer as constitutionally insignificant."  Fourth and last, the majority found no problem based on its analogies to Town of Greece and Marsh, in which the prayers were overwhelmingly Christian. 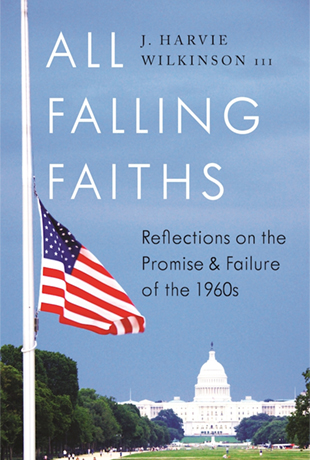 For Judge J. Harvie Wilkinson III, dissenting, the prayer practices of the Rowan County Commissioners crossed the constitutional line into a violation of the Establishment Clause. Wilkinson, whose forthcoming book argues that the 1960s  were damaging "to our need for the sustenance of faith," here concludes that Rowan County is not welcoming to various faiths. He does not argue that the commissioner as prayer-leader is determinative, but it is one of the factors that distinguishes the Rowan County practice from Town of Greece, that makes it "a conceptual world apart."  For Wilkinson:

I have seen nothing like it. This combination of legislators as the sole prayer-givers, official invitation for audience participation, consistently sectarian prayers referencing but a single faith, and the intimacy of a local governmental setting exceeds even a broad reading of Town of Greece. That case in no way sought to dictate the outcome of every legislative prayer case.

Our Heavenly Father, we will never, ever forget that we are not alive unless your life is in us. We are the recipients of your immeasurable grace. We can’t be defeated, we can’t be destroyed, and we won’t be denied, because of our salvation through the Lord Jesus Christ. I ask you to be with us as we conduct the business of Rowan County this evening, and continue to bless everyone in this room, our families, our friends, and our homes. I ask all these things in the name of Jesus, Amen.”

Judge Wilkinson noted that the "closed universe" of prayer-givers - - - the five Commissioners - - - over a period of years had led to a constriction in the religious identities represented that could communicate a message of non-belonging to citizens coming before the Board.  But Wilkinson's concern also extended into a concern about representative secular democracy itself:

Entrenching this single faith reality takes us one step closer to a de facto religious litmus test for public office. When delivering the same sectarian prayers becomes embedded legislative custom, voters may wonder what kind of prayer a candidate of a minority religious persuasion would select if elected. Failure to pray in the name of the prevailing faith risks becoming a campaign issue or a tacit political debit, which in turn deters those of minority faiths from seeking office. It should not be so.

The United States Supreme Court's now-eight Justices may not be eager to welcome another government prayer case into the docket so soon after the 5-4 decision Town of Greece, especially one that might result in a 4-4 split, affirming the Fourth Circuit's opinion.  And yet?  Perhaps the Rowan County Board of Commissioners prayer practices might be a step too far for one of the Justices who joined the Court's majority in Town of Greece?  Or perhaps for the Fourth Circuit en banc?