The Court today issued a stay in G.G. v. Glouster County School Board, the case from the Fourth Circuit concluding that Title IX's ban on sex discrimination,  20 U.S.C. § 1681(a), requires schools to provide transgender students access to restrooms congruent with their gender identity.  As we discussed,while the constitutional issues are not "front and center," the case implicates both the constitutional power of Executive branch agencies, federalism, and Equal Protection.

The stay opinion divides the Court, with Justices Ginsburg, Sotomayor, and Kagan dissenting without opinion.

Justice Breyer - - - the crucial vote for the majority - - - writes separately to concur stating that he votes to grant the stay "as a courtesy" joining the four other Justices to "preserve the status quo (as of the time the Court of Appeals made its decision)," meaning presumably, before the Fourth Circuit rendered its decision. 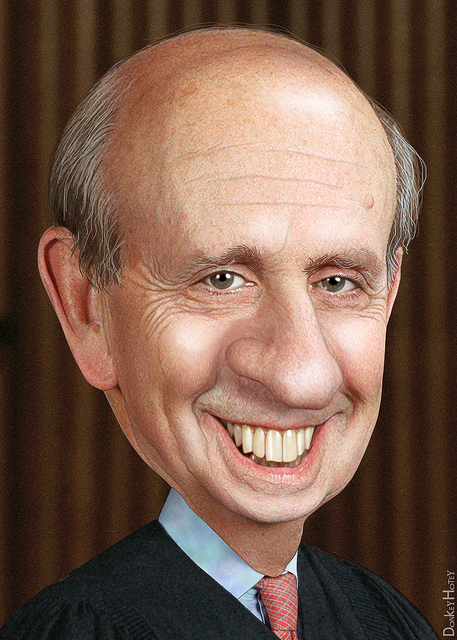 [Caricature image of Justice Breyer by Donkey Hotey via]

No doubt will an interesting case, and may sway who gets to appoint the next justice.