In his opinion and order in EEOC v. R.G. & G.R. Harris Funeral Homes, United States District Judge Sean Cox of the Eastern District of Michigan, the judge held that the funeral home is "entitled to a RFRA exemption from Title VII and the body of sex-stereotyping case law that has developed under it."

The funeral home, a for-profit closely-held corporation, relied upon the United States Supreme Court's closely-divided and controversial decision in Burwell v. Hobby Lobby (2014) which allowed a religious exemption under RFRA (the Religious Freedom Restoration Act) to a federal requirement in the Affordable Care Act (ACA or Obamacare) that employers provide health insurance to employees that includes contraceptive coverage. 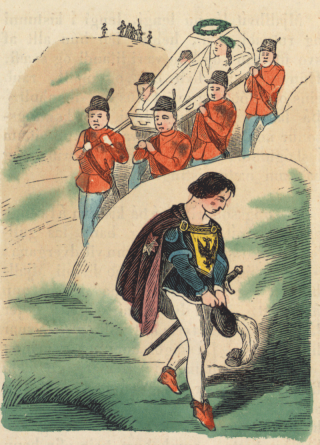 Rather than contraception, the issue in Harris Funeral Homes is the funeral home's sex-specific dress code and its termination of Stephens, an employee transitioning from male to female for failure to wear the mandated male-specific clothing.  The primary shareholder of the funeral home, Thomas Rost, stated his beliefs that the Bible teaches "that a person's sex is an immutable God-given gift" and "that is wrong for a biological male to deny his sex by dressing as a woman."  More importantly for his RFRA claim, Rost stated that he himself “would be violating God’s commands” if he were to permit one of the Funeral Home’s biologically-male-born funeral directors to wear the skirt-suit uniform for female directors while at work, because Rost “would be directly involved in supporting the idea that sex is a changeable social construct rather than an immutable God-given gift.”

Recall that under RFRA, a threshold question is whether the person's religious belief are sincerely held.  Hobby Lobby having determined that a company's major shareholder's belief is the relevant one, the EEOC conceded that the "Funeral Home's religious beliefs are sincerely held."  The next question is whether the neutral law of general applicability - - - here, Title VII - - - is a substantial burden on the person's religious beliefs.  The district judge found that allowing an employee to wear a skirt would impose a substantial burden on the ability of Rost to conduct his business in accordance with his sincerely held religious beliefs and that the economic consequences of back pay would be "severe."  The burden then shifts in RFRA to the government to satisfy strict scrutiny as well as a least restrictive means requirement.  Recall that the stated purpose of Congress in passing RFRA was to "restore the compelling interest test as set forth in Sherbert v. Verner" (1964),  which Congress believed the Court had departed from in Employment Division v. Smith (1990), although Congress also added the "least restrictive means" language.

And in his Harris Funeral Homes decision, Judge Cox ultimately relied on the least restrictive means requirement. However, first Judge Cox treated the traditional strict scrutiny questions.  Judge Cox assumed "without deciding" that the EEOC had a compelling governmental interest, although Judge Cox expressed doubts whether this was true.  Indeed, Judge Cox interpreted the passage in Hobby Lobby stating that the decision provided "no such shield" to equal employment laws (and thus refuting a claim made by the dissent) as essentially dicta:

This Court does not read that paragraph as indicating that a RFRA defense can never prevail as a defense to Title VII or that Title VII is exempt from the focused analysis set forth by the majority. If that were the case, the majority would presumably have said so. It did not.

Moreover, Judge Cox relied on Hobby Lobby to contend that a general interest in ending employment discrimination is not sufficient, it must be focused on the particular person burdened: "even if the Government can show that the law is in furtherance of a generalized or broad compelling interest, it must still demonstrate the compelling interest is satisfied through application of the law to the Funeral Home under the facts of this case." (italics in original).  Although Judge Cox wrote that he "fails to see how the EEOC has met its requisite 'to the person'-focused showing," he nevertheless stated he would assume it was met.

As to the least restrictive means, Judge Cox's solution is a gender-neutral dress code:

Rather than challenge the sex-specific dress code, the EEOC takes the position that Stephens has the right, under Title VII, to “dress as a woman” or wear “female clothing” while working at the Funeral Home. That is, the EEOC wants Stephens to be permitted to dress in a stereotypical feminine manner (wearing a skirt-suit), in order to express Stephens’s gender identity.

If the EEOC truly has a compelling governmental interest in ensuring that Stephens is not subject to gender stereotypes in the workplace in terms of required clothing at the Funeral Home, couldn’t the EEOC propose a gender-neutral dress code (dark-colored suit, consisting of a matching business jacket and pants, but without a neck tie) as a reasonable accommodation that would be a less restrictive means of furthering that goal under the facts presented here? Both women and men wear professional-looking pants and pants-suits in the workplace in this country, and do so across virtually all professions.

Of course, the courts have not ruled favorably on challenges to sex-specific dress and grooming codes in the employment context.

The EEOC is sure to appeal.  If individual employers can claim exemptions to Title VII under RFRA, it could have widespread consequences.

Although it is also possible that a new Congress could amend RFRA.