The bill, Protecting Freedom of Conscience from Government Discrimination Act," sought to insulate the specific "sincerely held religious beliefs or moral convictions" that:
(a)  Marriage is or should be recognized as the union of one man and one woman;
(b)  Sexual relations are properly reserved to such a marriage; and
(c)  Male (man) or female (woman) refer to an individual's immutable biological sex as objectively determined by anatomy and genetics at time of birth.

Judge Reeves characterized HB 1523 as a predictable overreaction to the Court's same-sex marriage opinion in Obergefell v. Hodges a year ago.  In discussing the debates around the HB 152 and its texts, Judge Reeves also noted that the challenges to HB 1523 were also predictable, providing his rationale for consolidating the four cases.

Judge Reeves then considered standing of the various plaintiffs as well as Eleventh Amendment immunity, followed by the established preliminary injunction standards which have at their heart the "substantial likelihood of success on the merits."

On the Equal Protection claim, Judge Reeves relied on Romer v. Evans, and found that the legislative history established animus in intent:

The title, text, and history of HB 1523 indicate that the bill was the State’s attempt to put LGBT citizens back in their place after Obergefell. The majority of Mississippians were granted special rights to not serve LGBT citizens, and were immunized from the consequences of their actions. LGBT Mississippians, in turn, were “put in a solitary class with respect to transactions and relations in both the private and governmental spheres” to symbolize their second-class status. 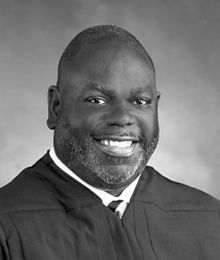 Judge Reeves also found that the law would have a discriminatory effect.  Judge Reeves applied the lowest level of scrutiny, but found that even "under this generous standard, HB 1523 fails." He agreed  with the State's contention that HB 1523 furthers its “legitimate governmental interest in protecting religious beliefs and expression and preventing citizens from being forced to act against those beliefs by their government" is a "legitimate governmental interest."  But concluded that the interest is "not one with any rational relationship to HB 1523."  Indeed, the court declared that "deprivation of equal protection of the laws is HB 1523’s very essence."

On the Establishment Clause claim, Judge Reeves rehearsed the history of the Clause before focusing on two conclusions: HB 1523 "establishes an official preference for certain religious beliefs over others" and "its broad religious exemption comes at the expense of other citizens."For this latter point, Judge Reeves interestingly relied on and distinguished the recent controversial Burwell v. Hobby Lobby construing RFRA to confer a religious conscience accommodation to closely-held corporations:

The difference is that the Hobby Lobby Court found that the religious accommodation in question would have “precisely zero” effect on women seeking contraceptive coverage, and emphasized that corporations do not “have free rein to take steps that impose disadvantages on others.” The critical lesson is that religious accommodations must be considered in the context of their impact on others.

Unlike Hobby Lobby, HB 1523 disadvantages recusing employees’ coworkers and results in LGBT citizens being personally and immediately confronted with a denial of service.

Judge Reeves opinion is careful and well-reasoned, but is nevertheless sure to be appealed by Mississippi officials unless they alter their litigation posture.