With the reported death of Muhammad Ali, f/k/a Cassius Clay, a look back at Clay v. United States (1971) seems appropriate.

In Clay, the Court reversed Ali's conviction for "willful refusal to submit to induction into the armed forces." 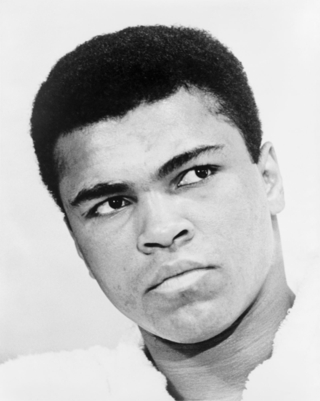 However, the Department of Justice abandoned that argument before the United States Supreme Court:

In this Court the Government has now fully conceded that the petitioner's beliefs are based upon ‘religious training and belief,’ as defined in United States v. Seeger,  ‘There is no dispute that petitioner's professed beliefs were founded on basic tenets of the Muslim religion, as he understood them, and derived in substantial part from his devotion to Allah as the Supreme Being. Thus, under this Court's decision in United States v. Seeger, his claim unquestionably was within the ‘religious training and belief’ clause of the exemption provision.' [quoting the DOJ Brief].  This concession is clearly correct. For the record shows that the petitioner's beliefs are founded on tenets of the Muslim religion as he understands them. They are surely no less religiously based than those of the three registrants before this Court in Seeger. See also Welsh v. United States.

A unanimous Supreme Court thus reversed the conviction in a per curiam opinion. (Thurgood Marshall, who had been Solicitor General, recused himself).

Justice William Douglas, in his inimitable style, concurred separately with a discourse on the Koran and the meaning of “jihad.” Douglas concluded:"What Clay's testimony adds up to is that he believes only in war as sanctioned by the Koran, that is to say, a religious war against nonbelievers. All other wars are unjust."

Muhammad Ali's Greatest Fight: Cassius Clay vs. the United States of America, the 2000 book by Howard Bingham and Max Wallace and subsequent 2013 HBO televised drama center on the litigation.