In a brief per curiam opinion, a panel of the First Circuit essentially reversed the ruling of Senior United States District Judge for the District of Puerto Rico Juan Perez-Gimenez that denied the joint motion for summary judgment in Conde-Vidal v. Garcia-Padilla regarding a challenge to Puerto Rico's same-sex marriage ban.

The district court's ruling errs in so many respects that it is hard to know where to begin. The constitutional rights at issue here are the rights to due process and equal protection, as protected by both the Fourteenth and Fifth Amendments to the United States Constitution. Obergefell v. Hodges; United States v. Windsor. Those rights have already been incorporated as to Puerto Rico. Examining Bd. Of Eng'rs, Architects & Surveyors v. Flores de Otero (1976). And even if they had not, then the district court would have been able to decide whether they should be. See Flores de Otero.

In any event, for present purposes we need not gild the lily.  Our prior mandate was clear . . . 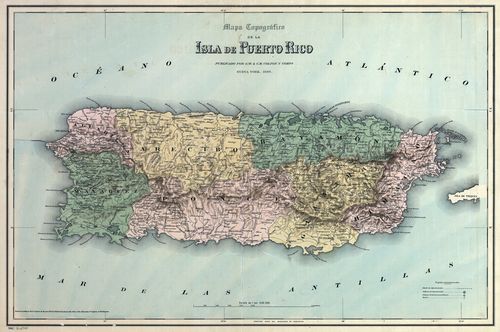 After quoting its previous opinion, the panel then addressed the procedural posture of the case, noting that the district court "compounded its error (and signaled a lack of confidence in its actions), by failing to enter a final judgment to enable an appeal in ordinary course."  Both parties therefore sought a writ of mandamus, which the court granted and additionally "remitted" the case to the district court "to be assigned randomly by the clerk to a different judge to enter judgment in favor of the Petitioners promptly, and to conduct any further proceedings necessary in this action."

The First Circuit did not explicitly discuss the district judge's conclusions regarding Puerto Rico's status and his argument that under The Insular Cases (1901), territorial incorporation of specific rights is questionable.  But  the First Circuit did cite contrary authority and made clear its disagreement.  The intensity of the disagreement is also made evident by the First Circuit's somewhat unusual instruction that Senior United States District Judge for the District of Puerto Rico Juan Perez-Gimenez be removed from the case.