In his opinion  in Campaign for Southern Equality v. Mississippi Department of Human Services (DHS), United States District Judge Daniel Jordan III found that Mississippi Code §93-17-3(5) prohibiting "adoption by couples of the same gender" violates the Equal Protection Clause and ordered that the Executive Director of DHS is preliminarily enjoined from enforcing the statute.

The majority of the 28 page opinion is devoted to matters of standing and the Eleventh Amendment relevant to the multiple plaintiffs and multiple defendants, including judges.  However, Judge Jordan did find that the individual plaintiffs had standing and DHS was an appropriate defendant.

On his discussion of likelihood to prevail on the merits, Judge Jordan wrote in full:

Obergefell [v. Hodges] held that bans on gay marriage violate the due-process and equal-protection clauses. It is the equal-protection component of the opinion that is relevant in the present dispute over Mississippi’s ban on gay adoptions. Under traditional equal-protection analysis, a law that does not “target[ ] a suspect class” or involve a fundamental right will be upheld, “so long as it bears a rational relation to some legitimate end.” Romer v. Evans, 517 U.S. 620, 631 (1996). Conversely, “if a classification does target a suspect class or impact a fundamental right, it will be strictly scrutinized and upheld only if it is precisely tailored to further a compelling government interest.” Sonnier v. Quarterman, 476 F.3d 349, 368 (5th Cir. 2007) (citation omitted).

In this case, Defendants argue that rational-basis review applies. But Obergefell made no reference to that or any other test in its equal-protection analysis. That omission must have been consciously made given the Chief Justice’s full-throated dissent. 135 S. Ct. at 2623 (Roberts, C.J., dissenting) (“Absent from this portion of the opinion, however, is anything resembling our usual framework for deciding equal protection cases . . . .”).

While the majority’s approach could cause confusion if applied in lower courts to future cases involving marriage-related benefits, it evidences the majority’s intent for sweeping change. For example, the majority clearly holds that marriage itself is a fundamental right when addressing the due-process issue. Id. at 2602. In the equal-protection context, that would require strict scrutiny. But the opinion also addresses the benefits of marriage, noting that marriage and those varied rights associated with it are recognized as a “unified whole.” Id. at 2600. And it further states that “the marriage laws enforced by the respondents are in essence unequal: same-sex couples are denied all the benefits afforded to opposite-sex couples and are barred from exercising a fundamental right.” Id. at 2604 (emphasis added).

Of course the Court did not state whether these other benefits are fundamental rights or whether gays are a suspect class. Had the classification not been suspect and the benefits not fundamental, then rational-basis review would have followed. It did not. Instead, it seems clear the Court applied something greater than rational-basis review. Indeed, the majority never discusses the states’ reasons for adopting their bans on gay marriage and never mentions the word “rational.”

While it may be hard to discern a precise test, the Court extended its holding to marriage- related benefits—which includes the right to adopt. And it did so despite those who urged restraint while marriage-related-benefits cases worked their way through the lower courts. According to the majority, “Were the Court to stay its hand to allow slower, case-by-case determination of the required availability of specific public benefits to same-sex couples, it still would deny gays and lesbians many rights and responsibilities intertwined with marriage.” Id. at 2606 (emphasis added).

The full impact of that statement was not lost on the minority. Chief Justice Roberts first took issue with the majority’s failure to “note with precision which laws petitioners have challenged.” Id. at 2623 (Roberts, C.J., dissenting). He then criticized the majority for jumping the gun on marriage-related cases that might otherwise develop:

Although [the majority] discuss[es] some of the ancillary legal benefits that accompany marriage, such as hospital visitation rights and recognition of spousal status on official documents, petitioners’ lawsuits target the laws defining marriage generally rather than those allocating benefits specifically. . . . Of course, those more selective claims will not arise now that the Court has taken the drastic step of requiring every State to license and recognize marriages between same-sex couples.

In sum, the majority opinion foreclosed litigation over laws interfering with the right to marry and “rights and responsibilities intertwined with marriage.” Id. at 2606. It also seems highly unlikely that the same court that held a state cannot ban gay marriage because it would deny benefits—expressly including the right to adopt—would then conclude that married gay couples can be denied that very same benefit.

Obergefell obviously reflects conflicting judicial philosophies. While an understanding of those positions is necessary for this ruling, it is not this Court’s place nor intent to criticize either approach. The majority of the United States Supreme Court dictates the law of the land, and lower courts are bound to follow it. In this case, that means that section 93-17-3(5) violates the Equal Protection Clause of the United States Constitution.

The judge's interpretation of Obergefell v. Hodges interestingly focuses on the dissent of Chief Justice Roberts to explain the doctrine of Kennedy's opinion for the Court, a phenomenon familiar from the use of Justice Scalia's dissents in the same-sex marriage litigation. 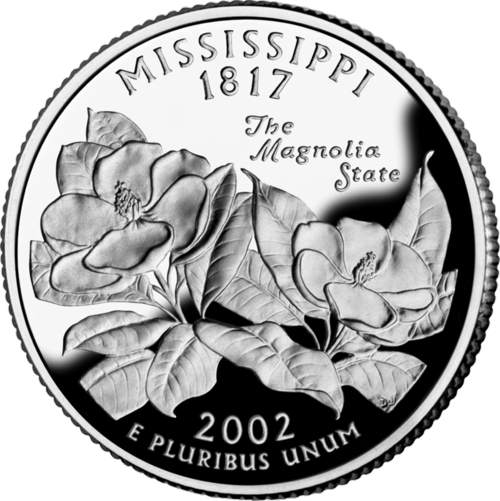