In the divided panel opinion in Schoenefeld v. Schneiderman,  a Second Circuit panel majority upheld the constitutionality of a requirement that attorneys who practice law in New York but do not reside within the state be required to maintain an office in New York.

A person, regularly admitted to practice as an attorney and counsellor, in the courts of record of this state, whose office for the transaction of law business is within the state, may practice as such attorney or counsellor, although he resides in an adjoining state.

Schoenefeld, admitted to practice in New York but who lived in New Jersey and maintained her main office in New Jersey, wished to practice law in New York without having the expense of a separate office in New York.  She challenged §470 on several constitutional grounds.  The district judge found that the statute violated the Privileges and Immunities Clause, Art. IV, §2, cl.1.   The lack of clarity in the statute caused the Second Circuit on appeal to certify the question of the "minimum requirements" to satisfy §470 to New York's highest court.  The New York Court of Appeals answered the certified question: §470 "requires nonresident attorneys to maintain a physical office in New York." 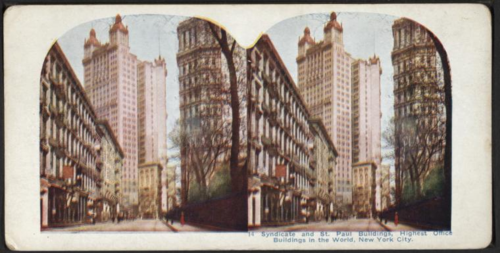 Writing for the Second Circuit panel majority, Judge Reena Raggi, who was joined by Judge Susan Carney, concluded that §470 had no discriminatory or protectionist purpose.  Instead, §470 - - - with "its origins in an 1862 predecessor law" - - - was actually enacted to reverse a court ruling that had barred a nonresident attorney from practicing law at all given the difficulties of service of process.  Despite changes and recodifications, the majority concluded that there was no showing that the current §470 was "being maintained for a protectionist purpose."  Again, the majority found that §470 was enacted for "the nonprotectionist purpose of affording such attorneys a means to establish a physical presence in the state akin to that of resident attorneys, thereby eliminating a court‐identified service‐of‐process concern."

The majority relied in large part on the Supreme Court's unanimous 2013 decision in McBurney v. Young holding that a state can restrict its own freedom of information law, FOIA, to its own citizens without violating the Privileges and Immunities Clause.

In his vigorous dissenting opinion, Judge Peter Hall argued that the real import of §470 is that resident attorneys need not maintain an office while nonresident attorneys must maintain an office, thus discriminating.  The next step in the analysis, Judge Hall contended, should be to consider the state's justification for such discrimination.  Judge Hall distinguished McBurney based on the "simple reason that the Virginia FOIA is not an economic regulation, nor does it directly regulate the right to pursue a common calling."  Hall's dissent criticized the majority for imposing a requirement of discriminatory intent as part of a prima facie case that would be appropriate under the Equal Protection Clause but is not under the Privileges and Immunities Clause. Moreover, Judge Hall concluded that New York's "proffered justifications for the in‐state office requirement— effectuating service of legal papers, facilitating regulatory oversight of nonresident attorneys’ fiduciary obligations, and making attorneys more accessible to New York’s courts—are plainly not sufficient."

Thus, New York can constitutionally compel attorneys who do not reside in New York to maintain a physical office in New York.