In a brief and straightforward per curiam opinion today in V.L. v. E.L.,  the United States Supreme Court granted certiorari and reversed the Alabama Supreme Court's denial of full faith and credit to a Georgia adoption involving a lesbian couple.

As we discussed last September when the Alabama Supreme Court's opinion was rendered, it relied in large part on the dissenting opinion of a Georgia Supreme Court in a different case to support its conclusion that the Georgia courts did not have proper "jurisdiction" over the adoption.

The United States Supreme Court stated that the Alabama Supreme Court's "analysis is not consistent with this Court's controlling precedent." It continued:

Indeed, the Alabama Supreme Court’s reasoning would give jurisdictional status to every requirement of the Georgia statutes, since Georgia law indicates those requirements are all mandatory and must be strictly construed. That result would comport neither with Georgia law nor with common sense.

As Justice Holmes observed more than a century ago, “it sometimes may be difficult to decide whether certain words in a statute are directed to jurisdiction or to merits.” Fauntleroyv. Lum, 210 U. S. 230, 234–235 (1908). In such cases, especially where the Full Faith and Credit Clause is concerned, a court must be “slow to read ambiguous words, as meaning to leave the judgment open to dispute, or as intended to do more than fix the rule by which the court should decide.” Id., at 235. That time-honored rule controls here. The Georgia judgment appears on its face to have been issued by a court with jurisdiction, and there is no established Georgia law to the contrary. It follows that the Alabama Supreme Court erred in refusing to grant that judgment full faith and credit. 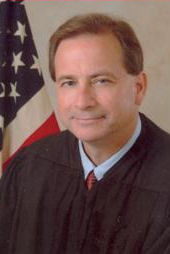