The controversial North Carolina statute passed last week, known as HB2, entitled "An Act to provide for single-sex multiple occupancy bathroom and changing facilities in schools and public agencies and to create statewide consistency in regulation of employment and public accommodations," has been challenged in a Complaint filed this morning, Carcaño v. McCrory, in the Middle District of North Carolina.   The plaintiffs are three individuals as well as the organizations ACLU North Carolina and Equality North Carolina.

As the Act's title and the complaint's description note, HB2 has two distinct aspects relating to LGBT issues. 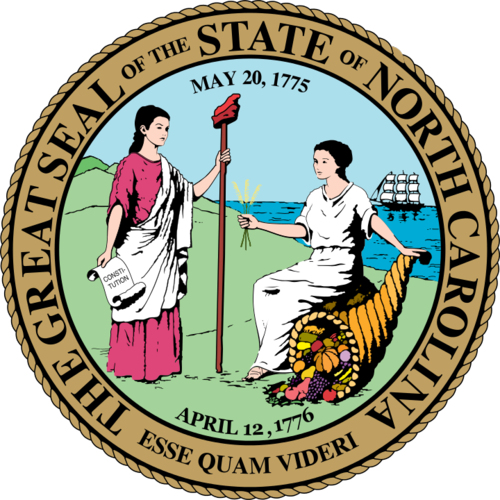 First, it mandates that school boards and state agencies, including the university and community college systems, "shall require every multiple occupancy bathroom or changing facility to be designated for and only used by persons based on their biological sex."

Second, in Part III of the bill, it will "supersede and preempt" any "ordinance, regulation, resolution, or policy adopted or imposed by a unit of local government or other political subdivision of the State that regulates or imposes any requirement upon an employer pertaining to the regulation of discriminatory practices in employment."  The bill amended the state-wide policy prohibiting discrimination on the basis of "sex" to read "biological sex," thus making the intent clear.  As the complaint alleges, the city of Charlotte had passed a non-discrimination ordinance on the basis of sexual orientation and gender identity, prompting the legislative action.

Not surprisingly, the first count of the Complaint challenges HB2 based on the Equal Protection Clause of the Fourteenth Amendment. It argues that HB2 violates the equality rights of transgendered persons and sexual orientation minorities and that such classifications should be evaluated under heightened scrutiny.  It also contends that the North Carolina act was based on animus.  Recall that in Romer v. Evans the United States Supreme Court held that Colorado's Amendment 2, which similarly banned all local laws that prohibited discrimination on the basis of sexual orientation, violated the Equal Protection Clause, reasoning that the animus of the law was not a legitimate government purpose.  The Complaint here contains several expressions by legislators - - - for example,“You know, $42,000 is not going to cover the medical expenses when a pervert walks into a bathroom and my little girls are in there" - - -  that would presumably go to animus.

The remaining counts, four and five, are statutory ones under Title IX, based on sex discrimination in educational facilities.

Given the constitutional precedents, it does seem as if North Carolina will have a difficult time defending the statute.