The Court today heard oral arguments in Williams v. Pennsylvania on issues of due process and the Eighth Amendment revolving around the court's decision in a death penalty case and judicial ethics. The Pennsylvania Supreme Court has been especially rocked by scandals - - - with one Justice resigning because of corruption and another because of sexually explicit emails and another Justice being subject to disciplinary proceedings over the explicit emails - - - but this controversy involves a different Justice, former Chief Justice of the Pennsylvania Supreme Court Ronald Castille. Castille, who retired from the court when he reached the state mandatory retirement age, was elected in 1993, and retained in elections in 2003 and 2013.  Importantly, before his election to the bench, Castille worked in the district attorney's office for over 20 years, including being twice elected to the District Attorney position; he reportedly claimed to have "sent 45 people to death row."

One of those people on death row is Terrance Williams, convicted at age 18 and whose story has attracted much interest. Williams claims that it was a violation of due process and the Eighth Amendment for Justice Castille to deny the motion to recuse himself from consideration of Williams' petition for post conviction relief.  Williams contends that Castille, as a prosecutor, was personally involved in the case and the decision to seek the death penalty.  Williams' post-conviction claim, moreover, is based on prosecutorial misconduct.

The central case in today's oral argument was  Caperton v. Massey (2009) regarding judicial bias. Unlike the situation of Justice Benjamin in Caperton, Castille did not cast a "deciding vote" on the court.  [Nevertheless, Castille's concurring opinion is worth reading for its defensiveness].  The problem is how - - - or even whether - - - to apply the 5-4 decision in Caperton, which involved judicial bias resulting from campaign contributions. 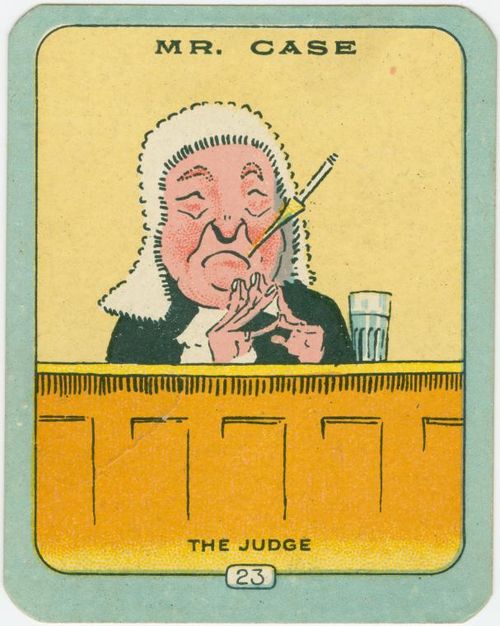 Stuart Lev, arguing for Williams, faced an almost-immediate question from Chief Justice Roberts, who dissented in Caperton, asking whether the nature of the decision of the former-prosecutor now-Justice should matter - - - was it mere policy or something more individualized?  Justice Alito, who also dissented in Caperton, was wary of constitutionalizing the matters of recusal without clear lines.  On the other hand, Ronald Eisenberg, arguing for Pennsylvania, seemed to admit that there could be cases in which recusal was necessary, but stressed the long time involved here - - - 30 years - - - which at one point prompted Justice Kennedy to ask "So the fact that he spent 30 years in solitary confinement actually helps the State?"  (Eisenberg noted that this wasn't "exactly" the situation).  Justice Sotomayor stressed that what was important was that Castille was prosecutor and judge in the "same case."  For both sides, much of the wrangling was over what any "rule" should be - - - with the background of the Caperton rule being fluid rather than rigid.

The fact that Castille was only one of the Justices was important, but perhaps less so than it would be for another court.  The idea that a judge simply "votes" for a result was looked on with disfavor.  As Justice Kennedy stated:

Earlier in the argument, there was some discussion of the remedy - - - and the "unsatisfying" remedy (as Justice Kagan phrased it) of sending the case back to the Pennsylvania Supreme Court to (re)consider the recusal motion.  Lev, arguing for Williams, noted that this was the remedy in Caperton and also that the "Pennsylvania Supreme Court is constituted differently," now than it was then.  "There were three new justices elected this last November and took office in January."

But what rule should the Court instruct the Pennsylvania Supreme Court to apply?  This is likely to divide the Court just as it did in Caperton.  But there does seem to be a belief among a majority of Justices that the judicial ethical rules alone are not protecting due process.