Bearing remarkable similarity to the ongoing controversy in California often styled as FBI v. Apple, a federal magistrate in the Eastern District of New York today sided with Apple, finding that the All Writs Act does not grant judicial authority to compel Apple to assist the government in "unlocking" an iPhone by bypassing the passcode security on a iPhone.

In his 50 page Memorandum and Order in  In Re Order Requiring Apple, Inc. to Assist in the Execution of a Search Warrant Issued By This Court, Magistrate James Orenstein concluded that while the All Writs Act as applied here would be in "aid of jurisdiction" and "necessary and proper," it would not be "agreeable to the usages and principles of law," because Congress has not given such specific authority to the government.  Similar to Apple's argument in the California case, Magistrate Orenstein notes the constitutional argument:

The government's interpretation of the breadth of authority the AWA confers on courts of limited jurisdiction thus raises serious doubts about how such a statute could withstand constitutional scrutiny under the separation-of-powers doctrine.

There is no mention of the First, Fifth, or Fourth Amendments. 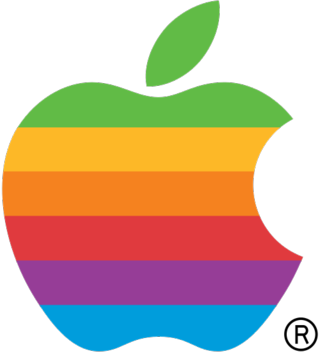 The government essentially argues that having reaped the benefits of being an American company, it cannot claim to be burdened by being seen to assist the government. See Govt. II at 19 (noting the "significant legal, infrastructural, and political benefits" Apple derives from being an American company, as well as its "recourse to the American courts" and to the protection of "American law enforcement ... when it believes that it has been the victim of a crime"); id at 19-20 ("This Court should not entertain an argument that fulfilling basic civic responsibilities of any American citizen or company ... would 'tarnish' that person's or company's reputation."). Such argument reflects poorly on a government that exists in part to safeguard the freedom of its citizens – acting as individuals or through the organizations they create – to make autonomous choices about how best to balance societal and private interests in going about their lives and their businesses. The same argument could be used to condemn with equal force any citizen's chosen form of dissent.

At the end of his opinion, Judge Orenstein reflected on the divisive issues at stake and concluded that these were ones for Congress.

But Congress will certainly not be acting in time to resolve the pending controversies.  Unlike the California case, this warrant and iphone resulted from a drug prosecution and had proceeded in a somewhat haphazard manner.  Pursuant to the Magistrate's request about other pending cases,

Apple identified nine requests filed in federal courts across the country from October 8, 2015 (the date of the instant Application) through February 9, 2016.  In each, Apple has been ordered under the authority of the AWA (or has been told that an order has been requested or entered) to help the government bypass the passcode security of a total of twelve devices; in each such case in which Apple has actually received a court order, Apple has objected. None of those cases has yet been finally resolved, and Apple reports that it has not to date provided the requested assistance in any of them.

So it seems that the California "terrorism" case is not unique.  Judge Orenstein's opinion is well-reasoned and well-structured and could easily be echoed by the federal courts in California - - - and elsewhere.