In a Memorandum Opinion in Fields v. City of Philadelphia, recently appointed United States District Judge for the Eastern District of Pennsylvania, Mark Kearney held that the First Amendment does not protect video-recording of the police absent a "stated purpose of being critical of the government."

For Judge Kearney, video-recording is conduct and there is no "expressive" element unless there is an explicit intent of being critical of police conduct. Mere "observation," Judge Kearney wrote, is not expressive.  It is not within the First Amendment unless the observers are "members of the press."

Judge Kearney rather unconvincingly distinguished the First Circuit's 2011 opinion in Glik v. Cunniffee, by stating [in a footnote], "In Glik, the plaintiff expressed concern police were using excessive force arresting a young man in a public park and began recording the arrest on his cell phone and the police then arrested plaintiff."  Even if valid, this distinction is problematical.  It may be pertinent with regard to one plaintiff, Richard Fields, who took a picture of 20 or so police officers outside a home hosting a party.  However, with regard to the other plaintiff, Amanda Geraci, who the judge notes is a "self-described 'legal observer'" with training, the distinction seems to be one without a difference: she was at a protest and "moved closer" to videotape an officer arresting one of the protesters when a police officer restrained her and prevented her from doing so. 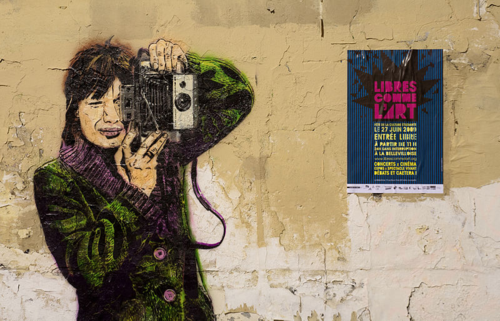