It's rare that the Justices of the United States Supreme Court are equally divided, in part because of there are usually 9 Justices.

But after the death of Justice Antonin Scalia, it's quite possible that there will be a number of  4-4 equally divided votes between the 8 Justices remaining on the United States Supreme Court.

LawProf Justin Pidot's article just posted to ssrn, Tie Votes in the Supreme Court, couldn't be more timely.  Pidot analyzes "the 164 ties in the Supreme Court between 1925 and 2015," arguing that most of these cases have not been controversial "in part because few of them involved particularly contentious cases in the eye of the public."  As Pidot notes, the practice is that when the Justices are evenly divided, the lower court opinion is affirmed:

The most common form of the affirmance by equal division is both unattributed and non- explanatory, with the order indicating only the justice recused (of course, if the Court is experiencing a vacancy, and this is the cause of the equal division, no such comment is made). This is the form of 149 of the 164 cases in the dataset.

As an example, Pidot cites Flores-Villar v. United States (2011), a case involving a gender differential in citizenship/ immigration treating unmarried mothers and fathers differently.  It was Justice Kagan's recusal that created the tie. 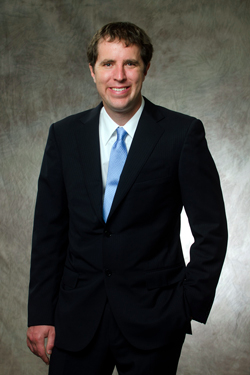 Pidot's argument is that a 4-4 affirmance brings disrepute on the Court, especially given that the vast majority of evenly divided splits are those in which the Court is exercising discretionary jurisdiction.  Pidot contends that the 4-4 affirmance is a "relic" of the past that the Court should abandon in favor of "DIG" - a dismissal of the writ as improvidently granted.  The advantage of the DIG over the affirmance by an equally divided Court might become muddied, however, if DIG simply replaces the explicit albeit non-precedential affirmance given that the lower court opinion will remain essentially undisturbed.

However, with the Justices now presumably divided in some major cases under consideration - - - Friedrichs v. California Teachers and the contraception mandate cases Zubik v. Burwell ( a follow-up to the 5-4  Burwell v. Hobby Lobby) - - - it is an opportune time for the Court to consider its 4-4 processes.