On this anniversary of Marbury v. Madison (decided February 24, 1803), and given the current controversies regarding the appointment of Justice Scalia's successor after his unexpected death, Justice Scalia's views on the political nature of judicial appointments, including those to the United States Supreme Court, is worth a read.

Today the Court establishes the constitutional principle that party membership is not a permissible factor in the dispensation of government jobs, except those jobs for the performance of which party affiliation is an "appropriate requirement." Ante, at 1. It is hard to say precisely (or even generally) what that exception means, but if there is any category of jobs for whose performance party affiliation is not an appropriate requirement, it is the job of being a judge, where partisanship is not only unneeded but positively undesirable. It is, however, rare that a federal administration of one party will appoint a judge from another party. And it has always been rare. See Marbury v. Madison, 1 Cranch 137 (1803). Thus, the new principle that the Court today announces will be enforced by a corps of judges (the Members of this Court included) who overwhelmingly owe their office to its violation. Something must be wrong here, and I suggest it is the Court.

To the victor belong only those spoils that may be constitutionally obtained. Elrod v. Burns (1976), and Branti v. Finkel (1980), decided that the  First Amendment forbids government officials to discharge or threaten to discharge public employees solely for not being supporters of the political party in power, unless party affiliation is an appropriate requirement for the position involved. Today we are asked to decide the constitutionality of several related political patronage practices — whether promotion, transfer, recall, and hiring decisions involving low-level public employees may be constitutionally based on party affiliation and support. We hold that they may not.

What the Constitution does - - - or does not - - - provide regarding the "spoils" of judicial appointment is being hotly contested.  And in this, Marbury v. Madison may be relevant as more than illustration should the controversy become subject to judicial review. 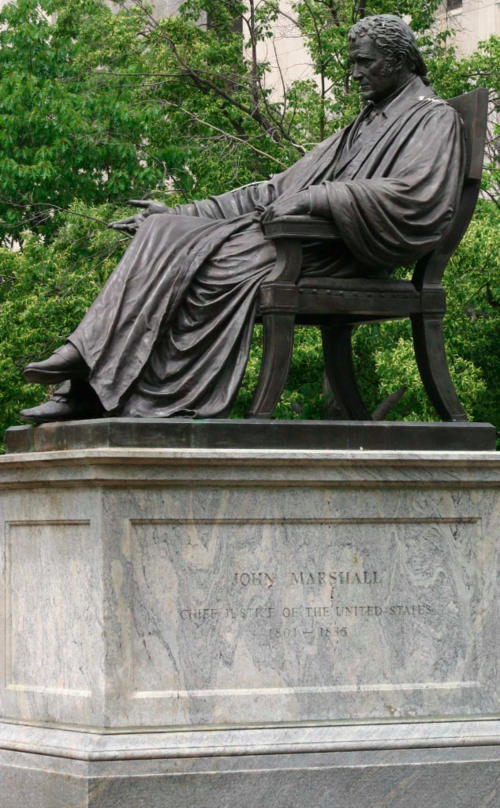 in light of scalia's dissent in rutan, perhaps his suggesting elena kagan as a scotus nominee wasn't as surprising as david axelrod made it out to be:

"'I have no illusions that your man will nominate someone who shares my orientation,' said Scalia, then in his 23rd year as the court's leading and most provocative conservative voice. 'But I hope he sends us someone smart.'" - "David Axelrod: A surprising request from Justice Scalia" http://www.cnn.com/2016/02/14/opinions/david-axelrod-surprise-request-from-justice-scalia/index.html