In its Motion to Vacate filed today, Apple, Inc. argued that the Magistrate's Order Compelling Apple, Inc. to Assist Agents in Search of an Apple IPhone was not supported by the All Writs Act and is unconstitutional.

The constitutional arguments are basically three:

First, embedded in the argument that the All Writs Act does not grant judicial authority to compel Apple to assist the government is the contention that such would violate the separation of powers.  Crucial to this premise is the Communications Assistance for Law Enforcement Act (CALEA), which Apple contends does not apply to Apple and which has not been amended to do so or amended to provide that companies must provide decryption keys. Absent such an amendment, which was considered as CALEA II but not pursued, the courts would be encroaching on the legislative role.

For the courts to use the All Writs Act to expand sub rosa the obligations imposed by CALEA as proposed by the government here would not just exceed the scope of the statute, but it would also violate the separation-of-powers doctrine. Just as the “Congress may not exercise the judicial power to revise final judgments,” Clinton v. Jones (1997), courts may not exercise the legislative power by repurposing statutes to meet the evolving needs of society, see Clark v. Martinez (2005)(court should “avoid inventing a statute rather than interpreting one”) see also Alzheimer’s Inst. of Am. Inc. v. Elan Corp. (N.D. Cal. 2013) (Congress alone has authority “to update” a “technologically antiquated” statute “to address the new and rapidly evolving era of computer and cloud-stored, processed and produced data”). Nor does Congress lose “its exclusive constitutional authority to make laws necessary and proper to carry out the powers vested by the Constitution” in times of crisis (whether real or imagined). Youngstown Sheet & Tube Co. v. Sawyer (1952).

[citations abbreviated].  Apple adds that "whether companies like Apple should be compelled to create a back door to their own operating systems to assist law enforcement is a political question, not a legal one," citing Baker v. Carr (1962).

Second, Apple makes a cursory First Amendment argument that commanding Apple to "write software that will neutralize the safety features that Apple has built into the iPhone" is compelled speech based on content and subject to exacting scrutiny.  Apple also contends that this compelled speech would be viewpoint discrimination:

When Apple designed iOS 8, it wrote code that announced the value it placed on data security and the privacy of citizens by omitting a back door that bad actors might exploit. The government disagrees with this position and asks this Court to compel Apple to write new software that advances its contrary views.

Third, and even more cursorily, Apple makes a substantive due process argument under the Fifth Amendment.  Here is the argument in full:

In addition to violating the First Amendment, the government’s requested order, by conscripting a private party with an extraordinarily attenuated connection to the crime to do the government’s bidding in a way that is statutorily unauthorized, highly burdensome, and contrary to the party’s core principles, violates Apple’s substantive due process right to be free from “‘arbitrary deprivation of [its] liberty by government.’” Costanich v. Dep’t of Soc. & Health Servs., 627 F.3d 1101, 1110 (9th Cir. 2010) (citation omitted); see also, e.g., Cnty. of Sacramento v. Lewis, 523 U.S. 833, 845-46 (1998) (“We have emphasized time and again that ‘[t]he touchstone of due process is protection of the individual against arbitrary action of government,’ . . . [including] the exercise of power without any reasonable justification in the service of a legitimate governmental objective.” (citations omitted)); cf. id. at 850 (“Rules of due process are not . . . subject to mechanical application in unfamiliar territory.”).

Interestingly, there is no Fourth Amendment argument.

The main thrust of Apple's argument is the statutory one under the All Writs Act and the application of the United States v. New York Telephone Co. (1977) factors that the government (and Magistrate) had relied upon.  Apple disputes the burden placed on Apple that the Order would place.  Somewhat relevant to this, Apple contends that "Had the FBI consulted Apple first" - - - before changing the iCloud password associated with one of the relevant accounts - - - "this litigation may not have been necessary." 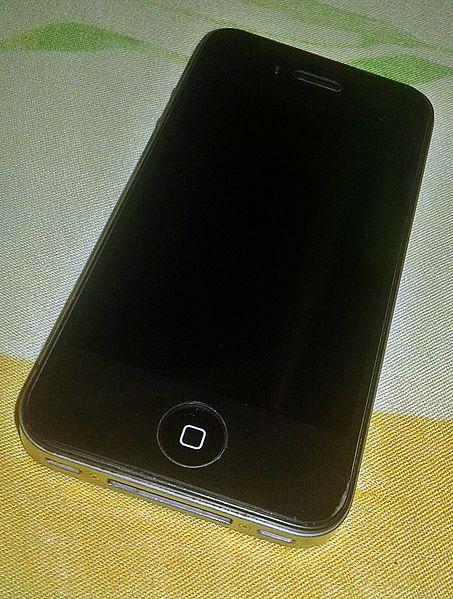