Roosevelt begins by provocatively asking whether we could dare to even "invent" a character like Richard Posner if he did not exist, flatteringly describing Posner as "arguably America’s greatest living judge."   (A judgment that many might find more than a bit arguable.) 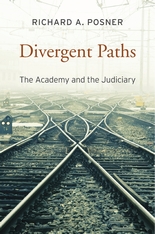 As to the book, Roosevelt has a few criticisms.  Although it is "a valuable contribution to debates over the future of federal courts and law schools alike," its "list of judicial problems and possible academic solutions is long enough to be overwhelming: It includes 55 problems and 48 solutions."  Moreover, some of the criticisms are "overstated."  As to legal scholarship, Roosevelt takes Posner to task for his judgment about the correctness of the now-reviled decision in Korematsu v. United States, upholding a Japanese internment conviction during World War II, and notes that legal scholarship has shown that the government not only over-reacted but was less than candid with the Court.

While Roosevelt has high praise for the book, it does not seem like a must-read. Instead, read Roosevelt's review.