The Court heard oral arguments in Heffernan v. City of Paterson, NJ today, a situation presenting a question that Justice Alito at one point described as "like a law school hypothetical." Heffernan, a police officer, was demoted for his perceived political activity: he had decided to stay neutral but was seen picking up a mayoral campaign sign at the request of his "bedridden mother" to "replace a smaller one that had been stolen from her lawn" and was therefore demoted. 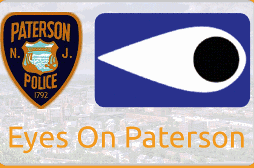 Justice Ginsburg broached the analogy to Title VII, which arguably allows perceived status to support a claim, was quickly distinguished by Justice Scalia as being a statute that focuses on the employer's discrimination rather than the employee, unlike the First Amendment.  There was no reference to the text of the First Amendment which of course begins "Congress shall make no law . . ." which could be read as emphasizing the restriction on government.

Justice Kennedy asked the first question of the argument to Mark Frost as he was just finishing his opening by requesting an articulation of the right: "How would you define the right that your client wishes this Court to vindicate?"  But although some other Justices seemed to believe there was no actual right, Justice Kennedy later seemed more equivocal:

JUSTICE KENNEDY: You want this Court to  hold that the government of the United States has a right to ascribe to a citizen views that he or she does not hold.

MR. GOLDSTEIN: Justice Kennedy, I think that that is not a First Amendment violation.

The Solicitor General's views on behalf of the United States, represented by Ginger Anders, supported the employee.  Ms. Anders articulated the right as "a First Amendment right not to have adverse action taken against him by his employer for the unconstitutional purpose of suppressing disfavored political beliefs" and later as the "right not to be subject to a test of political affiliation."

Chief Justice Roberts at several points expressed concerns about a possible "flood of meritless lawsuits" if the employee does not have to show he was actually exercising a protected right.

The Justices seemed divided; Justice Kennedy may (again) be the "swing" vote on this one.

This is an interesting case. While the Constitution may not directly protect Heffernan’s actions, the Court has in other contexts created preventative rules to deter government misconduct or to avoid a “chilling effect” on protected speech. Prior restraints jurisprudence is one example; even when speech may turn out to be unprotected, prior restraints will general still not be permitted (with some exceptions) because if such restraints were allowed, actually protected speech might be caught in the net or people might be deterred from speaking at all. Here, while Heffernan’s own speech might be unprotected, if he loses, other government employees might be deterred from engaging in protected speech for fear that their employers will mistake their motivations and retaliate against them. In addition, 1st Amendment claims might become more difficult generally if the government is allowed to open an investigation into a speaker’s actual beliefs/intent in defense of restrictions. While this case is relatively clear-cut, in that Heffernan does not dispute his intent, future cases might be more open-ended.

In the 4th Amendment area, the exclusionary rule is another example of a doctrine not expressly dictated by the Constitution, but that the Supreme Court has nonetheless decided is necessary to deter the government from violating individual rights that are protected. Admittedly, though, standing to raise 4th Amendment inadmissibility only exists when a defendant’s own rights have been violated through an unreasonable search or seizure (so, for example, if their cocaine was found in a warrantless search of someone else’s home while they were not present, they are out of luck).

Even assuming Heffernan’s 1st Amendment rights were not violated, I would think other claims might potentially have been available to him. Perhaps he could have raised his mother’s rights? He clearly has an injury here (termination) so Article III standing should be available, and parties have been permitted to assert the constitutional rights of others in many contexts (such as a liquor vendor raising the Equal Protection rights of its male customers to drink at the same age as female customers). Without his help, his bedridden mother might have been unable to utilize her own speech rights, and the government clearly acted to shut down speech (whether Heffernan’s own or his mother’s). Alternatively, maybe a 14th Amendment Due Process/Equal protection claim could have been made? Arguably, the termination fails even rational basis scrutiny, since shutting down political speech is clearly not a legitimate state objective.

So, the person is disciplined for conduct involving a campaign sign. A campaign sign is a device by which people petition their government for redress of grievances and also exercise their free speech right. To campaign for one candidate is to change government and thence redress grievances. Such as "I don't want to hear about no more friggin emails." How is this not protected speech and activity? Some of the Justices are morons. We need to campaign to impeach them.