The United States Supreme Court today granted certiorari in Whole Woman's Health v. Cole to the Fifth Circuit's decision essentially upholding the bulk of the controversial HB2 statute passed in 2013 (despite the famous filibuster by Wendy Davis).   Recall that a divided Supreme Court previously vacated the Fifth Circuit stay of the district judge's injunction against portions of the law, thus reinstating the district judge's injunction at least in part.

The Fifth Circuit's most recent opinion, reversing the district judge, held that HB2's admitting privileges requirement and ambulatory surgical center (ASC) requirements, did not impose an "undue burden" on women and were thus constitutional under the Fourteenth Amendment's Due Process Clause. 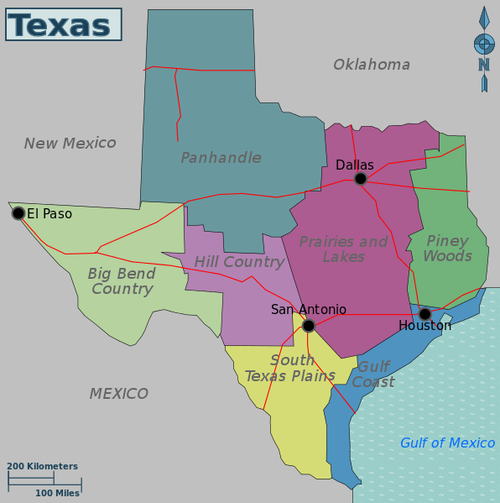 The Fifth Circuit did find that HB2 was unconstitutional as applied to the Whole Woman's Health facility in McAllen, Texas, but not as to the the Reproductive Services Facility in El Paso, Texas.  The facility in McAllen is the only one in the "Rio Grande Valley."  However, there is another facility close to the closed facility in El Paso - - - a mere 12 miles away - - - but importantly across the state line in New Mexico.  The Fifth Circuit distinguished its own opinion in Jackson Women's Health Organization v. Currier regarding Mississippi's restrictive abortion law which had the effect of closing all the clinics in the state, by emphasizing the fact that even before HB2 "half of the patients at the St. Teresa [New Mexico] clinic came from El Paso which is in the same 'cross-border' metropolitan area as St. Teresa," and including a footnote that the court's analysis would be different "in the context of an international border."   Thus, the court found it irrelevant that the nearest in-state facility was 550 miles away.

The United States Supreme Court's grant of certiorari means that the Court will consider direct abortion regulations - - - and thus the continuing precedential value of Roe v. Wade (1973) and Planned Parenthood of Southeastern Pennsylvania v. Casey (1992) - - - for the first time since Carhart v. Gonzales in 2007 in which the Court upheld the controversial federal so-called partial birth abortion ban.  The Court's most recent foray into the abortion controversy was its 2014 opinion in McCullen v. Coakley finding Massachusetts' buffer-zone legislation protecting abortion clinics violative of the First Amendment.