In its divided opinion in Planned Parenthood of Wisconsin v. Schimel, the Seventh Circuit affirmed the district judge's grant of a permanent injunction against the 2013 Wisconsin Statute, §253.095(2), that prohibits a physician from performing an abortion unless she or he has admitting privileges at a hospital no more than 30 miles from the clinic in which the abortion is performed.

Writing for the majority, Judge Richard Posner (pictured) concluded that the state statute imposed an undue burden on women seeking abortions and focused on the statute's intent to "strew impediments to abortion" rather than achieve its stated purpose of protecting women's health. 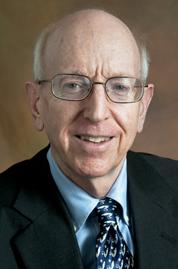 Judge Posner first noted that the statute was signed into law on a Friday and required doctors comply with it by Sunday; this revealed the legislative intent to prevent abortions rather than protect women's health.

Additionally, Judge Posner concluded that any focus on women's health was spurious.  First, "A woman who experiences complications from an abortion (either while still at the clinic where the abortion was per- formed or at home afterward) will go to the nearest hospital, which will treat her regardless of whether her abortion doc- tor has admitting privileges," citing the brief by the American College of Obstetricians and Gynecologists, the American Medical Association, and the Wisconsin Medical Society.  Second, citing the same brief, Judge Posner concluded that studies show that "complications from an abortion are both rare and rarely dangerous," and contended that this fact "further attenuates the need for abortion doctors to have admitting privileges."  Third, Posner found it troublesome that abortion was singled out for such an admitting privileges law:

As to the "continuity of care" justification, Posner noted that while the statute requires the physician to have admitting privileges at a hospital within 30 miles, it does not require the physician to care for that patient at the hospital.

Judge Posner firmly rejected the argument that women in Wisconsin could exercise their constitutional right to an abortion in Chicago - - - across state lines - - - and further found that there was an undue burden for women given that such a trip could be "prohibitively expensive" especially for women living below the poverty line.

In his inimitable style, Judge Posner also provided his views on the Fifth Circuit's decision regarding Texas's HB2 in Whole Woman's Health v. Cole, to which the United States Supreme Court recently granted certiorari.  Judge Posner distinguished the Fifth Circuit's conclusion on the admitting privileges provision, noting that the plaintiffs there did not satisfy the court that the statute would lead to a substantial decline in the availability of abortion.  But Judge Posner also provided his opinion on the Texas statute's ambulatory surgical center requirements - - - notwithstanding the fact that a similar provision was not before the Seventh Circuit - - - noting that

The [Fifth Circuit] court remarked the absence of evidence that the remaining clinics could not expand their capacity to compensate for the closing of more than three-fourths of them,  although one wouldn’t think it necessary to parade evidence that the remaining clinics would find it extremely difficult to quadruple their capacity to provide abortions, which would require, in the face of fierce opposition to abortion clinics and the difficulty of relocating abortion doctors from the closed clinics, extensive physical enlargement to house additional patients and doctors.

But a statute that curtails the constitutional right to an abortion, such as the Wisconsin and Texas statutes, cannot survive challenge without evidence that the curtailment is justifiable by reference to the benefits conferred by the statute. The statute may not be irrational, yet may still impose an undue burden—a burden excessive in relation to the aims of the statute and the benefits likely to be conferred by it— and if so it is unconstitutional.

Judge Posner ultimately concluded that "We do not agree with the Fifth Circuit that evidence is irrelevant in a constitutional case concerning abortion."

Judge Daniel Manion's well-organized dissenting opinion disagrees with the majority at almost every turn.  For example, Judge Manion finds that abortion is "subject to less regulatory oversight than almost any area of medicine."  On the subject of state-lines, Judge Manion declares: "Consumers who live near the border of two states tend to shop at the closest destination, regardless of whether they reside in that state." Thus, the courts should consider "distance" rather than "the governor's mansion" to decide whether or not a regulation will constitute an undue burden.  Instead, Wisconsin - - - or the courts - - -need not intervene if "the market fails to provide qualified abortionists within its boundaries."

For Posner, joined in the opinion by Judge David Hamilton, the overturning of Roe v. Wade is a "steep uphill fight," so persons opposed to abortion "proceed indirectly" in the guise of protecting women's health and thereby pass unconstitutional laws.  Whether or not Judge Posner's predictions will prove correct will be tested as the United States Supreme Court considers Whole Woman's Health this Term.