The Third Circuit's 60 page opinion today in Hassan v. City of New York reverses and remands the terse dismissal of the complaint in February 2014 by United States District Judge William Martini.  The original complaint alleged that the New York City Police Department’s surveillance program targeted New Jersey Muslims solely on the basis of religion, thereby violating their First and Fourteenth Amendment rights.  The district judge found that there was no standing - - - in part because the plaintiffs did not know about their surveillance until it was revealed by the press and thus had no injury - - - and that the complaint did not state a plausible claim - - - in part because the "police could not have monitored New Jersey for Muslim terrorist activities without monitoring the Muslim community itself."

The unanimous opinion by Judge Thomas Ambro, joined by Julio Fuentes, and with a very brief concurrence by Jane Roth regarding the standard of equal protection scrutiny to be applied, comes complete with a Table of Contents.  (Query whether opinions are increasingly availing themselves of a brief-like TOC: compare District Judge Shira Scheindlin's opinion in the NYC stop and frisk lawsuit, although her opinion is more than 3 times as long with many more footnotes.  Or perhaps there is something about NYC police practices that calls for a TOC?).

After a rehearsal of the NYC surveillance program and its disclosure, the court considers the problem of Article III standing.  For the Third Circuit, the "injury in fact" requirement of standing is satisfied by the plaintiffs' allegation of the denial of equal treatment on the basis of their religion under the Equal Protection Clause, as well as the First Amendment.  The court rejected NYC's arguments that there needed to be a tangible benefit denied, that there needed to be an overt condemnation (interestingly contrasting Plessy v. Ferguson and Brown v. Board of Education); and that the injuries were not sufficiently particularized.  As to the "fairly traceable" causation requirement, the court soundly rejected the contention that it was the only disclosure of the surveillance by the press rather than the surveillance itself that caused the injury. Finally, in its brief discussion of "redressability," the court, quoting an Eleventh Circuit case, noted that "While we cannot predict 'the exact nature of the possible relief . . . without a full development of the facts, an order enjoining the policy and requiring non-discriminatory investigation and enforcement would redress the injury.'"

While the absence of a legitimate motive may bear on whether the challenged surveillance survives the appropriate level of equal-protection scrutiny, “intentional discrimination” need not be motivated by “ill will, enmity, or hostility” to contravene the Equal Protection Clause.

The court here interestingly cites the district judge's decision in the NYC stop and frisk case.

The Third Circuit thus finds that the NYC surveillance program was facially religious, but then discussed the tier of scrutiny that religious classifications should merit:

Perhaps surprisingly, neither our Court nor the Supreme Court has considered whether classifications based on religious affiliation trigger heightened scrutiny under the Equal Protection Clause. . . .

Although the answer to this question is not found in binding precedent, we hardly write on a clean slate. To start, it has long been implicit in the Supreme Court’s decisions that religious classifications are treated like others traditionally subject to heightened scrutiny, such as those based on race.  [Citations omitted]

This line of comment can be traced back to the famous footnote four of the Supreme Court’s 1938 decision in Carolene Products, where the Court suggested that discriminatory legislation should “be subjected to more exacting judicial scrutiny under the general prohibitions of the Fourteenth Amendment” if “directed at particular religious, or national, or racial minorities.”

After discussing a number of appellate court decisions, the Third Circuit panel held:

Today we join these courts and hold that intentional discrimination based on religious affiliation must survive heightened equal-protection review. Before turning more fully to our reasoning, however, we pause to reiterate that the term “heightened scrutiny,” as we use it, encompasses both “intermediate scrutiny” and “strict scrutiny.”

The panel stated that it need not - - - and should not - - - "determine in connection with its motion to dismiss which of the two applies, and we leave that question for the District Court in the first instance when and if it becomes necessary to decide it."  However, the court does engage in a Carolene Products-type of analysis to substantiate its conclusion, devoting some discussion to the "immutability" factor (which of course was not in the Carolene Products footnote).  It also noted that the "history of religious discrimination in the United States is intertwined with that based on other protected characteristics, including national origin and race," and that the allegations of the complaint reflected this intertwinement.

It is on this point that Judge Roth differs, arguing in her concurrence that intermediate scrutiny should apply and providing a somewhat personal explanation:

The Third Circuit did acknowledge the national security interest, but added that "it is often where the asserted interest appears most compelling that we must be most vigilant in protecting constitutional rights," explicitly invoking Korematsu and Hirabayashi.

What occurs here in one guise is not new. We have been down similar roads before. Jewish-Americans during the Red Scare, African-Americans during the Civil Rights Movement, and Japanese-Americans during World War II are examples that readily spring to mind. We are left to wonder why we cannot see with foresight what we see so clearly with hindsight—that “[l]oyalty is a matter of the heart and mind[,] not race, creed, or color.” [citation omitted]. 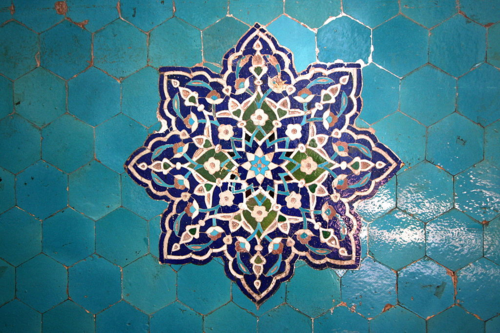 Immutability, like the focus on “discrete and insular” minorities, arguably detracts from what should be the proper focus on a historical context of oppression and the absence of democratic means of protection. Just as discrete and insular minorities are often more organized and thus politically effective than diffuse minorities, immutability of characteristics does not mean that a group is more worthy or more needful of protection, unless we are willing to impose a responsibility on members of groups with the capacity to “pass” in the larger society to alter their own projected identity in order to avoid discrimination. While I would never argue that women have not, historically, been targets of discrimination, they are also diffuse and numerous enough that society does not, at least, view them with the same kind of fear or discomfort reserved for the perceived “other.” Muslims, in today’s society, face a very different type of societal response.

While the lower court apparently believed that the goal of ferreting out “Muslim terrorist activities” (itself a questionable goal, given the actual demographic rates of domestic terrorism, but admittedly enforcement against different ideologies can be conducted separately) justified the discriminatory focus, that should not be the state of the law. The whole point of Equal Protection is that certain categories simply cannot serve as “proxies” for characteristics that may legitimately be targeted by the government. That is why, even if someone could point to statistics that people of one race were more likely to traffic in narcotics, pulling over cars based on the race of the driver should not be allowed. The possibility of subtle discrimination is also why, e.g. DUI checkpoint stops are allowed without individualized reasonable suspicion if discretion is controlled by stopping every fifth vehicle, etc. but similar stops based on completely arbitrary criteria are not permitted. In this case, either the government must surveil everyone equally, or it must develop an individualized basis for surveillance that does not depend entirely on religious affiliation.

As to the question of injury, the Fourth Amendment indicates pretty clearly that our society views government surveillance as a harm in and of itself. While the exclusionary rule only applies where criminal prosecution is threatened, the point of the rule is to deter unlawful searches and seizures in general, and the use of inadmissibility to effect deterrence (as opposed to exclusively civil suits) likely results from a policy judgment that civil suits might result in over-deterrence of desirable police conduct. It seems highly improbable that the exclusionary rule exists to prevent people from being convicted on the basis of evidence that is actually highly probative of guilt (rather than to prevent the injury resulting from the search itself).