The inimitable Linda Greenhouse in "A Chief Justice Without A Friend" notes that John Roberts is unpopular as he celebrates his decade on the bench.

I can’t think of a chief justice who has been so uniformly vilified by both left and right.

The attacks from the left are logical enough. It’s the fire from the right that merits closer observation than it has generally received. Sure, it’s titillating in a man-bites-dog sort of way. But it’s also revealing of an ideological transformation now underway in how an increasingly influential segment of the conservative elite views the role of courts.

A good quick read, with a link to The Nation special issue - - - The Case Against the Roberts Court - - - which is likewise worth a read. 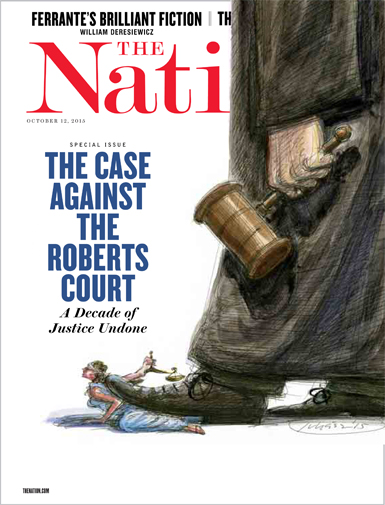