In its opinion in Munroe v. Central Bucks School District, a divided panel of the Third Circuit found that a public school teacher's blog posts about students did not "rise to the level of constitutionally protected expression" under the First Amendment and thus they could be the basis of her termination.  Agreeing with the district judge, the majority thus concluded that the balancing test of  Pickering v. Board of Education (1968) was not satisfied.

The majority's opinion, authored by Judge Robert Cowen and joined by Judge Jane A. Restani of the United States Court of International Trade, sitting by designation, details the offending blog posts including one in which Munroe stated she was "blogging AT work," (capitalization in original), and offered alternative "canned" comments for student evaluations including:  "Sneaking, complaining, jerkoff"; "Whiny, simpering grade-grubber with an unrealistically high perception of own ability level"; and "Am concerned that your kid is going to come in one day and open fire on the school. (Wish I was kidding.)" 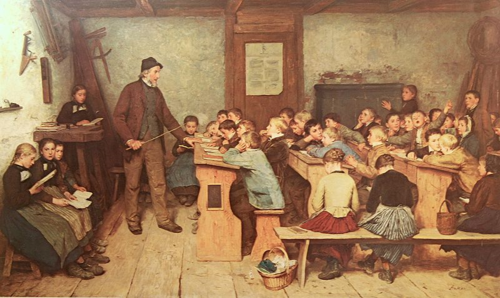 Later posts were equally unflattering about students and teaching.  And while the blog was originally subscribed to by a handful of people, some posts circulated and attracted the interest of the press.  Termination was contemplated, Munroe took a scheduled maternity leave, and also did her own interviews with the press.

The majority's opinion "reluctantly" concludes that Munroe's speech implicated a matter of public concern, but then diminishes any public concern, and then reinstates it and states that:

Given our assessment of the interests of Munroe and the public in her speech, Defendants were not required to make an especially vigorous showing of actual or potential disruption in this case. However, even if we were to assume arguendo that her speech “possesses the highest value,”  we would still conclude that Defendants met their burden. Simply put, “Plaintiff’s speech, in both effect and tone, was sufficiently disruptive so as to diminish any legitimate interest in its expression, and thus her expression was not protected.”

Interestingly, the majority also seems to hold teachers to a higher standard - - - despite the fact that Pickering itself involved a school teacher.  While recognizing that the parents objecting to Munroe's speech cannot constitutionally be a "heckler's veto" to protected speech, the court states:

However, there is a special (perhaps even unique) relationship that exists between a public school teacher (or other educators, like a guidance counselor), on the one hand, and his or her students and their parents, on the other hand. Simply put, neither parents nor students could be considered as outsiders seeking to “heckle” an educator into silence—“‘rather they are participants in public education, without whose cooperation public education as a practical matter cannot function.’”

The dissent of Judge Thomas Ambro from the affirmance of summary judgment in favor of the defendant school district concludes:

In short, I have no doubt the School District was well aware that firing Munroe for her blog posts and media tour would land it in constitutional hot water. More than enough evidence suggests that firing her on performance grounds was a pretext for its real reason—she had spoken out to friends on a blog, it became public, School District officials were upset and proposed her termination, they decided to wait, the once- sterling evaluations of Munroe immediately became negative, and she was fired. The bottom line: too many signs suggest this was all a set-up that a jury needs to sort out.

A petition for en banc review is presumably forthcoming.