California's so-called anti-paparazzi law has been upheld against a facial First Amendment challenge by a state appellate court in its opinion in Raef v. Superior Court of Los Angeles.  Recall that Paul Raef was charged under California Vehicle Code, section 40008, subdivision (a) which increases the punishment for reckless driving and other traffic offenses committed with the intent to capture an image, sound recording, or other physical impression of another person for a commercial purpose for his  "alleged high-speed pursuit of pop star Justin Bieber and failure to stop when police attempted to pull him over."  The court concluded that the Vehicle Code provision is a law of general application that does not single out the press for special treatment, does not target speech, and is neither vague nor overbroad. 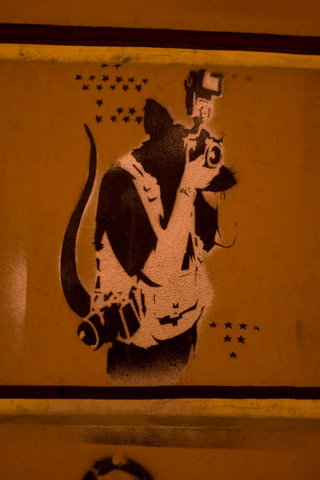 The court reasoned that Vehicle Code section 40008 is not limited to paparazzi chasing celebrities or reporters gathering news. Instead, the statute targets “any person” who commits an enumerated traffic offense with the intent to capture the image, sound, or physical impression of “another person” for a commercial purpose.  The court distinguished both Minneapolis Star & Tribune Co. v. Minnesota Comm’r of Revenue (1983), finding a paper and ink tax unconstitutional,  and Simon & Schuster, Inc. v. Members of New York State Crime Victims Board (1991), holding NY's "Son of Sam" law unconstitutional.

In considering the expressive activity of taking photographs, the court considered ACLU v. Alvarez in which the Seventh Circuit held unconstitutional a broad anti-eavesdropping statute prohibiting video recording of police officers.  But  the court reasoned that even assuming "that the intent to take a photograph or make a recording of another person generally is entitled to First Amendment protection as a speech-producing activity, we are not persuaded that section 40008 punishes that intent per se or that the commercial purpose requirement imposes a content-based restriction on speech."

Instead, the court relied on Wisconsin v. Mitchell (1993) - - - even as it recognized the differences in the enhanced penalties for a bias crime - - - to conclude that it is the conduct not the intent that is being punished:

the conduct which section 40008 targets is not garden-variety tailgating, reckless driving, or interference with the driver’s control of a vehicle. It involves “relentless” pursuits of targeted individuals on public streets, as well as corralling and deliberately colliding with their vehicles. Such goal-oriented conduct hounds the targeted individuals, causing them to react defensively and escalating the danger to the violators, the targeted individuals, and the public. Because the predicate statutes do not require that the traffic offenses be committed with a specific intent and for a particular purpose, it cannot be said that the conduct they punish is indistinguishable from that subject to section 40008.

The court also rejected the argument that the statute made a content-based distinction of "commercial purpose", based in last Term's opinion in Reed v. Town of Gilbert. Relatedly, the court found that Reed's language did not support any finding that the California statute was targeted at First Amendment activity.  "Since the legal sanction is triggered by the noncommunicative aspects of the violator’s conduct, any incidental effect on speech does not necessarily raise First Amendment concerns."  And finally, the court found that any incidental burden on speech survives intermediate scrutiny.

As to overbreadth and vagueness, the court reiterated the standard for a facial challenge and noted that

To the extent that Raef and amici are concerned about “the possibility of overzealousness on the part of the arresting officer and not vagueness in the criminal statute,” their concerns “can be adequately dealt with in the course of prosecution of individual cases on their individual facts.” . . . . Hypothetical concerns over potential misuse of the statute to unfairly target the press do not justify invalidating it on its face.

Thus it seems Paul Raef may be raising the as-applied challenges to his prosecution under the statute.