In its opinion in Ex Parte E.L., the Alabama Supreme Court has refused to recognize an adoption of three children that occurred six years earlier in Georgia by "E.L.'s former same-sex partner."  Reversing lower courts, the Alabama Supreme Court's per curiam majority held that it need not recognize the Georgia adoptions under the Full Faith and Credit Clause, Article IV, §1. 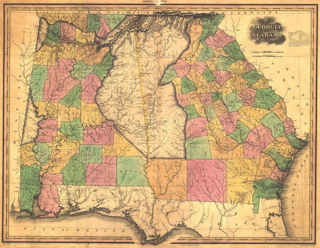 The Supreme Court of Georgia as a whole has not specifically addressed this issue; however, in Wheeler v. Wheeler, 281 Ga. 838, 642 S.E.2d 103 (2007), a similar case involving a biological mother's attempt to void a second- parent adoption granted her same-sex ex-partner, that court, without issuing an opinion, denied a petition for the writ of certiorari filed by the biological mother challenging the Georgia Court of Appeals' decision not to consider her discretionary appeal of the trial court's order denying her petition to void the adoption. However, in a dissenting opinion Justice Carley addressed the argument E.L. now makes . . . .

The Alabama Supreme Court then extensively quoted Supreme Court of Georgia Justice Carley's dissenting opinion.  The Alabama Supreme Court then stated that it agreed "with the analysis of Justice Carley," and having "concluded that his is the proper analysis" of the statutes, "we can only assume that a Georgia court would make the same conclusion and, by extension, would permit a challenge on jurisdictional grounds" to such an adoption decree.  (emphasis in original).

The main opinion reviews the merits of the adoption in this case; our caselaw, interpreting the United States Constitution, does not permit this Court to do so.

I see no support for the proposition that, if a petitioner fails to show that an adoption is warranted or permissible under Georgia law, then the court in Georgia is suddenly divested of jurisdiction over the subject matter. Indeed, Georgia's adoption code seems to provide the opposite.

Finally, he warned of the opinion's consequences:

Further, I fear that this case creates a dangerous precedent that calls into question the finality of adoptions in Alabama: Any irregularity in a probate court's decision in an adoption would now arguably create a defect in that court's subject- matter jurisdiction.

However, it may be that the opinion is implicitly limited to second-parent adoptions in the context of same-sex relationships.  Chief Justice Moore of the Alabama Supreme Court has been very vocal regarding his opposition to same-sex relationships.  So while the per curiam opinion explicitly rests on the subject matter jurisdiction exception to the Full Faith and Credit Clause, it also implicitly raises the public policy problem.