In an over 50 page decision in Salaita v. Kennedy, United States District Judge Harry D. Leinenweber largely denied the University of Illinois Defendants' Motion to Dismiss the compliant filed by Steven Salaita regarding his employment at the university.  Recall that last August, University of Illinois at Urbana-Champaign officials rescinded the offer of a tenured faculty appointment to Steven G. Salaita shortly before he was to begin based on his "tweets" on the subject of Gaza.  Recall also that in January, Salaita filed a nine count complaint including constitutional claims of First Amendment and procedural due process violations. 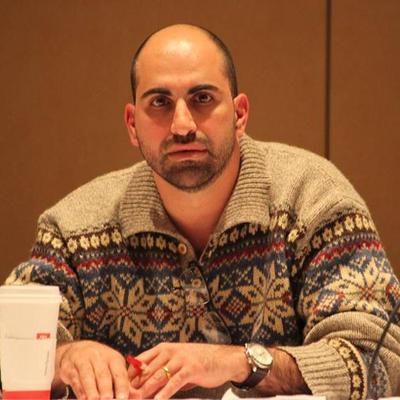 Judge Leinenweber's decision does grant the motion to dismiss with regard to a few state law claims, but allows the constitutional claims and the breach of contract and promissory estoppel claims to proceed.  (ContractsLawProfs might be interested in the judge's analysis of the contract claim, including his conclusion that if this were not a contract it would "wreak havoc" on academic hiring and that the university is essentially seeking a "get-out-of-contract-free card.")

On the First Amendment claim, the judge rejected the university's argument is that its action was not motivated by the content or viewpoint of Dr. Salaita’s tweets, and that even if it was, its interest in providing a disruption-free learning environment outweighs Dr. Salaita’s free speech interest under the balancing test in Pickering v. Board of Education (1968).

The first part of the argument is premature; summary judgment or trial will reveal the University’s actual motivation, but the facts viewed in Dr. Salaita’s favor amply support a claim that the University fired Dr. Salaita because of disagreement with his point of view. The University’s attempt to draw a line between the profanity and incivility in Dr. Salaita’s tweets and the views those tweets presented is unavailing; the Supreme Court did not draw such a line when it found Cohen’s “Fuck the Draft” jacket protected by the First Amendment. Cohen v. California (1971).

Additionally, the judge noted that even if he were to engage in Pickering balancing at this stage, the facts conflict as to whether actual disruption would have occurred.

Interestingly, the judge's rationale for granting the motion to dismiss as to the complaints counts six and seven rely on First Amendment grounds.  In these counts, the complaint alleged tortious interference by unnamed donors who threatened to withdraw support should Salaita teach at the university.  Judge Leinenweber concluded that the donor defendants had a First Amendment right to express their displeasure, even through a quid pro quo threat: "The First Amendment is a two-way street, protecting both Dr. Salaita’s speech and that of the donor Defendants."

Finally, Judge Leinenweber rejected the university's argument that its officials and itself were entitled to Eleventh Amendment immunity, noting that the difficult issue regarding whether the university board is an arm of the state is irrelevant since Saliata is requesting injunctive relief.  The judge resolves the more perplexing state law immunity issue, under the Illinois Court of Claims Act, also in favor of Salaita.

In sum, this is an important victory for Professor Salaita as this closely-watched litigation continues.

I don't see how the judge could possibly have granted a motion to dismiss on the grounds that the "firing" wasn't based on viewpoint--that seems like an obvious summary judgment, not motion to dismiss, issue.

Let us wait for the deposition of the plaintiff to come out for us to read and perhaps some other evidence about him. On the flip side the a University may have a constitutional right to not hire someone they do not like based on his terrorist viewpoint or support. This plaintiff may have a right to express his views and form his associations but the University may have the right to reject hiring him on the basis of their own viewpoints. What if they were hiring an M.D. to teach medicine and the applicant did not believe in separating two fetuses or believe in doing a brain removal or believe in removing warts?