In its opinion in Morales-Santana v. Lynch, a unanimous panel of the Second Circuit has held that the differential requirements regarding US presence for unwed fathers and unwed mothers to transmit citizenship to their child violated equal protection as included in the Fifth Amendment's protections. It creates a conflict in the circuits and sets up another trip to the United States Supreme Court on the issue, the last one having resulted in a 4-4 split as discussed below.

The statutory scheme at issue, the Immigration and Nationality Act of 1952, codified at 8 U.S.C. § 1409(c), was the one in effect when Morales-Santana was born in 1962 outside the US to unwed parents.  His parents married each other in 1970 and he was admitted to the US as a lawful permanent resident in 1975.   In 2000, Morales-Santana was placed in removal proceedings after a conviction for various felonies and applied for withholding based on derivative citizenship from his father. 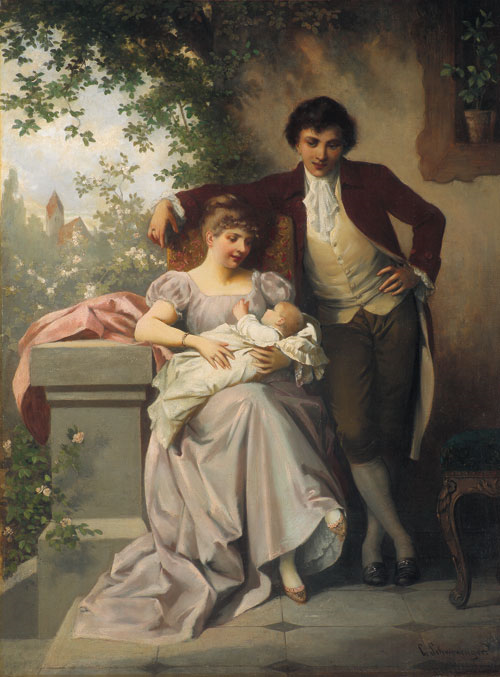 The Second Circuit's decision that the differential requirements for unwed fathers and mothers is unconstitutional must confront several United States Supreme Court decisions that point in a different direction on the equal protection issue in citizenship statutes, including two recent decisions.  First, the Court  in  Nguyen v. INS,  (2001) upheld gender discrimination regarding establishment of paternity.  The Second Circuit notes that Morales-Santana complied with the statutory provisions upheld in Nguyen: the child was "legitimated" and thus paternity "acknowledged" when his parents married in 1970.  Second, and more important, is the Court's per curiam affirmance by an "equally divided Court" in Flores-Villar v. United States in 2011. The Ninth Circuit in Flores-Villar  had upheld the differential residency requirement.

With regard to the government's proffered interests, the court acknowledged that ensuring a sufficient connection between the child and the United States is important, but then states that the differential treatments of mothers and fathers is unrelated to it:  the government

offers no reason, and we see no reason, that unwed fathers need more time than unwed mothers in the United States prior to their child’s birth in order to assimilate the values that the statute seeks to ensure are passed on to citizen children born abroad.

The Second Circuit then recognizes that its "determination conflicts with the decision of the Ninth Circuit in Flores‐Villar, which addressed the same statutory provisions and discussed the same governmental interest in ensuring a connection between child and country."

As to the government's second interest - - - preventing statelessness - - - the court again agrees that it is important, but concludes that this was not a genuine actual interest of the legislation.

Moreover, even if it had been the government's concern, gender-neutral alternatives - - - which the court notes had been proposed as "far back as 1933" - - - would serve this purpose.  Additionally, the ten year differential, which importantly cannot be cured since it attaches at the moment of birth, is substantial.  Again, this time in a footnote (n.17), the court acknowledges that its decision differs from that of the Ninth Circuit.

The court then finds the paternity provision unconstitutional and rejects the government's proposed remedy that all derivative citizenship be subject to the longer ten year period.

Presumably, the government will seek certiorari.  (And while this case involves a previous statute, the current statute maintains a gender differential).  A petition would have a good chance of being granted given the split in the circuits.  But the Court's 4-4 split in 2011 in Flores-Villar occurred because Justice Kagan was recused; this would not be the case this time.  And perhaps the Obama Administration will chose not to seek review, although this seems unlikely.