In its opinion in Arce v. Douglas, a panel of the Ninth Circuit has found that Arizona's so-called anti-ethnic studies statute suffers from constitutional infirmities.

A.  A school district or charter school in this state shall not include in its program of instruction any courses or classes that include any of the following:

1. Promote the overthrow of the United States government.
2. Promote resentment toward a race or class of people
3. Are designed primarily for pupils of a particular ethnic group.
4. Advocate ethnic solidarity instead of the treatment of pupils as individuals. 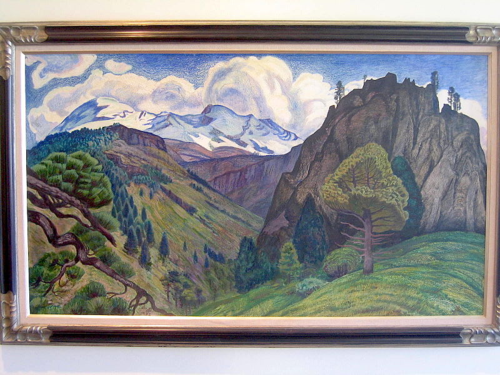 Today's Ninth Circuit opinion - - - authored by New York District Judge Jed Rakoff sitting by designation, and joined in full by Judge Noonan, with a partial concurrence and dissent by Judge Richard Clifton - - - affirmed the district court’s rulings that § 15- 112(A)(3) is unconstitutional in violation of the First Amendment but severable from the rest of the statute; that §§ 15-112(A)(2) and (A)(4) are not overbroad in violation of the First Amendment; and that §§ 15-112(A)(2) and (A)(4) are not vague in violation of the Due Process Clause.  However, the appellate panel found fault with the sua sponte grants of summary judgment - - - both on the equal protection claim and on a First Amendment viewpoint discrimination claim.

As to the equal protection claim, the Ninth Circuit concluded that subsections (3) and (4), while not facially discriminatory, raised constitutional issues because of evidence of their discriminatory purpose in enactment or enforcement.  The Ninth Circuit remanded the issue to be considered by the district court in light of the Village of Arlington Heights v. Metro. Hous. Dev. Corp. (1997) factors:

The majority discussed the factors and the evidence, finding that there was sufficient evidence to raise a genuine issue of material fact.  Judge Clifton dissented on the procedural posture of the remand, arguing that the district court should be able to fully consider summary judgment.

On the other remanded issue - - - the First Amendment viewpoint discrimination claim - - - the Ninth Circuit did not preclude summary judgment, noting that the district judge "did not even review the evidence" on this issue.

The very danger we perceive was corroborated, at oral argument, when we asked counsel for defendants whether the statute could be found to prohibit a public school course in San Francisco on the topic of Chinese history that was open to all students but was designed in consideration of the substantial Chinese and Chinese American student population there that might benefit from a greater understanding of its history. Defendants asserted that the course could be found in violation. As indicated by this example, subsection (A)(3) threatens to chill the teaching of ethnic studies courses that may offer great value to students— yet it does so without furthering the legitimate pedagogical purpose of reducing racism.

However, the Ninth Circuit affirmed the district court's finding that the other sections of the statute survived the First Amendment challenges rooted in curricular decisions.

Thus, on remand, the state will need to show that its so-called anti-ethnic studies statute was not actually anti-people of certain ethnic identities.