A unanimous panel of the Eighth Circuit, affirming the district judge, found that North Dakota's abortion regulation based on a "detectable heartbeat" is unconstitutional in its opinion in MKB Management Corp. v. Stenehjem.

North Dakota's 2013 House Bill 1456, codified at N.D. Cent. Code § 14-02.1, mandates physicians determine whether the "unborn child" has a "detectable heartbeat," and if so, makes it a felony for a physician to perform an abortion.  The medical evidence submitted was that a "detectable heartbeat" occurs when a woman is about six weeks pregnant. 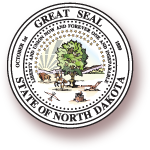 The court held that a woman's constitutional right to terminate a pregnancy before fetal viability is binding United States Supreme Court precedent, quoting language from Gonzales v. Carhart (2007): "Before viability, a State 'may not prohibit any woman from making the ultimate decision to terminate her pregnancy.'”

However, the Eighth Circuit opinion noted that while it could not depart from the current state of protection of the right to abortion, the United States Supreme Court should reconsider the issue.  Essentially, the Eighth Circuit opinion argues that "developments in the unborn" should shift the balance to the ability of the states - - - and not the courts - - - to protect the unborn and assert the interest in "potential life."  The court's opinion also discussed the controversial findings that women who have had abortions suffer from emotional ills including regret, as well as repeating evidence that "some studies support a connection between abortion and breast cancer."  The court thus concludes, "the continued application of the Supreme Court’s viability standard discounts the legislative branch’s recognized interest in protecting unborn children."