In its highly-anticipated opinion in Elonis v. United States seemingly involving the First Amendment protections for threatening language posted on Facebook, the Court deflected the constitutional issue in favor of statutory interpretation. 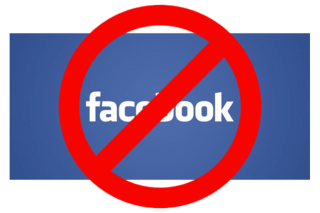 Recall that while the question presented in the certiorari petition focused on the First Amendment and pointed to a split in the circuits regarding an application of Virginia v. Black, 538 U.S. 343 (2003) to a conviction of threatening another person: did it require proof of the defendant’s subjective intent to threaten or whether it is enough to show that a “reasonable person” would regard the statement as threatening.  However, the Court's Order granting certiorari instructed:

In addition to the question presented by the petition, the parties are directed to brief and argue the following question: "Whether, as a matter of statutory interpretation, conviction of threatening another person under 18 U. S. C. §875(c) requires proof of the defendant's subjective intent to threaten."

And at oral argument, much of the discussion delved into common law and Model Penal Code doctrine, even as these were intertwined with First Amendment considerations.

Today's opinion, authored by Chief Justice Roberts, disentangles the First Amendment from the analysis.  It concludes that as a matter of statutory interpretation, the instructions to the jury that guilt could be predicated on a "reasonable person" standard merited reversal.

Federal criminal liability generally does not turn solely on the results of an act without considering the defendant’s mental state. That understanding “took deep and early root in American soil” and Congress left it intact here: Under Section 875(c), “wrongdoing must be conscious to be criminal.”

However, whether or not that mental state could include "recklessness" was not decided by the Court.  Chief Justice Roberts's opinion for the seven Justice majority, specifically disagreed with Justices Alito and Thomas, who each wrote separately, regarding the suitability of reaching the "recklessness" issue.  Roberts wrote:

In response to a question at oral argument, Elonis stated that a finding of recklessness would not be sufficient. Neither Elonis nor the Government has briefed or argued that point, and we accordingly decline to address it.

Moreover, although the Court  may be “capable of deciding the recklessness issue,” (quoting the opinion of ALITO, J.), Roberts wrote that "following our usual practice of awaiting a decision below and hearing from the parties would help ensure that we decide it correctly."

Given our disposition, it is not necessary to consider any First Amendment issues.

Interestingly, Chief Justice Roberts's opinion does include extensive quotes from the postings, including Mr. Elonis's reference to "true threat jurisprudence."  It does not, however, include some of the more problematical sexual language.

Do you think that the CJ's adherence to statutory interpretation foreshadows Burwell at all?