The United States Supreme Court's opinion in Horne v. Department of Agriculture (USDA)
decisively declares the USDA's "California Raisin Marketing Order," under which a percentage of a grower's crop must be "put in reserve" is unconstitutional under the Fifth Amendment's Takings Clause.

This regulatory program, under the authority of the Agricultural Marketing Agreement Act (AMAA) of 1937, as amended, 7 U.S.C. § 601 et seq., regarding raisins, is similar to other USDA programs and thus could have wide application. 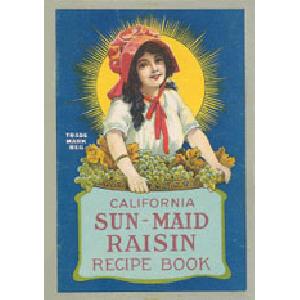 Today, again reversing the Ninth Circuit, the Court held that a taking did occur and that the Hornes were entitled to just compensation under the Fifth Amendment.  Only Justice Sotomayor dissented from this conclusion, but Justices Breyer, Ginsburg, and Kagan did not join Chief Justice Roberts's opinion for the Court regarding the determination of "just compensation."

Relying on a Magna Carta provision regarding corn as well as on colonial history, Chief Justice Roberts's opinion for the Court concludes that the Fifth Amendment's Taking Clause applies with equal force to personal property as to real property.  Any distinction between real and personal property might be relevant in a regulatory takings case, but the Court stressed that this is a "clear physical taking": "Actual raisins are transferred from the growers to the Government."  (Whether this happens in a physical seizure was debated in the contentious oral argument and made another appearance in a to-and-fro between the Court's opinion and Sotomayor's dissent).  For the Court, growers thus lose "the entire 'bundle' of property rights in the appropriated raisins."  Dissenting, Justice Sotomayor disagrees that it is the entire bundle and thus disputes this conclusion.  Given this physicality, it is irrelevant for the Court that the USDA could achieve the same ends through a regulatory taking (such as prohibiting the sale):

A physi­cal taking of raisins and a regulatory limit on production may have the same economic impact on a grower. The Constitution, however, is concerned with means as well as ends. The Government has broad powers, but the means it uses to achieve its ends must be “consist[ent] with the letter and spirit of the constitution.” McCulloch v. Maryland, 4 Wheat. 316, 421 (1819).

The Court also rejected the notion that because the USDA program reserved a contingent interest in the raisins for the growers that this relieved the government duty to pay just compensation.

The Court also found that the USDA mandate to reserve raisins as a "condition" for engaging in interstate commerce effected a per se taking.  In reaching this conclusion, the Court rejected the Ninth Circuit's observation that the growers could grow other crops or use the grapes differently - - -

“Let them sell wine” is probably not much more comfort­ing to the raisin growers than similar retorts have been to others throughout history.

The Court also reached this conclusion by distinguishing other takings cases and other products. Ruckelshaus v. Monsanto Co., 467 U. S. 986 (1984) is inapplicable because "raisins are not dangerous pesticides; they are a healthy snack."  Leonard & Leonard v. Earle, 279 U. S. 392 (1929) is likewise inapposite because "Raisins are not like oysters: they are private property— the fruit of the growers’ labor—not “public things" such as oysters that belonged to the state under state law.

The majority [corrected] of the Court determined that the "just compensation" owed to the Hornes is the fair market value of the raisins, the subject of the fine imposed by the USDA: $483,843.53.   Justice Breyer (and Ginsburg and Kagan), disagreeing with this conclusion, would remand the matter for a determination.  It is not that Justice Breyer disagrees that this was the amount of the fine, but that he disputes that this is the actual fair market value absent the taking.  In other words, the raisin reserve program operated to increase the cost of raisins.  Thus, without the program benefit, the raisins in reserve may have been worth much less that the amount fined, or even, Justice Breyer suggests, nothing at all.  He contends that the question of evaluation was not properly briefed before the Court.  For the Chief Justice, however, "This case, in litigation for more than a decade, has gone on long enough."

To state that "[t]he plurality of the Court determined that the 'just compensation' owed to the Hornes" was fixed by the fine imposed by the USDA, is erroneous. The opinion of the Court on this issue was supported, in addition to the CJ who authored the opinion, by Justices Kennedy, Scalia, Thomas, and Alito. That makes it the majority.

Thank you for the correction trebort49; I've corrected the text.