Dissenting in a denial of certiorari today in County of Maricopa, Arizona v. Lopez-Valenzuela, Justice Thomas, joined by Justice Scalia, argued that the Supreme Court should review decisions by lower federal courts invalidating state "constitutional provisions."  At issue in Lopez-Valenzuela is Arizona's "Proposition 100" a ballot measure passed by Arizona voters that amended the state constitution to preclude bail for certain serious felony offenses if the person charged has entered or remained in the United States illegally and if the proof is evident or the presumption great as to the charge. 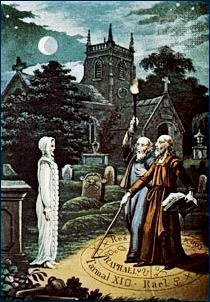 The Ninth Circuit en banc held the measure unconstitutional as violative of due process, over dissents by Judges Tallman and O'Scannlain.

Congress historically required this Court to review any decision of a federal court of appeals holding that a state statute violated the Federal Constitution. 28 U. S. C. §1254(2) (1982 ed.). It was not until 1988 that Congress eliminated that mandatory jurisdiction and gave this Court discretion to review such cases by writ of certiorari. See Pub. Law 100-352, §2, 102 Stat. 662.

For Justice Thomas, the Court's refusal to grant certiorari is "disheartening," : "there are not four Members of this Court who would even review the decision below."  (Note that Justice Alito also dissented, although he did not join Justice Thomas's opinion, for a total of three Justices who would have granted certiorari).

For Justice Thomas, the Court's "indifference to cases such as this one will only embolden the lower courts to reject state laws on questionable constitutional grounds."

Alito wouldn't join Thomas! I love it when they fight among themselves.